William Turner, who was born in 1920, is one of the last of the great living Northern Industrial painters, having been a part of the group of artists that surrounded and were inspired by L.S. Lowry, including Alan Lowndes, Kenneth Gribble, Theodore Major, Harold Riley, and others. Lowry pursued his path, unaffected by other artists’ work. In the 1950s and 1960s, however, William Turner was a frequent visitor to the Crane Kalman Gallery in Manchester, where he was exposed to the work of the German Expressionists and the French Fauves, especially Beckmann, Vlaminck, Soutine, Chagall, Rouault, and Segonzac. He re-imagined their colors and methods and adapted them to the industrial landscapes of the northwest of England in a very unique manner.

Turner has painted scenes of towering cotton mills, pre-clean-air-act sky, burning chimneys, and swarming people trying to live among the industrial mayhem for more than fifty years. His compositions are never rigid; his rows of terraced homes, cotton mills, public buildings, and viaducts bend and lean in all directions. His mills are often painted bright, yellow, blue, or orange amid a gloomy industrial valley, helping to relieve the harsh reality of what he depicts.

Turner’s enthralling works are based on his incredible memory: he can paint a street scene, an industrial canal, or a vista from fifty years ago with such realism that the elder generation can immediately recognize the settings. With this extraordinary talent, he has been able to capture the periods in which he has lived, the rapidly vanishing industrial environment of the 19th and early 20th centuries, and inspire nostalgia in viewers. It is critical that such a painter be given due credit and that his works be preserved for future generations. 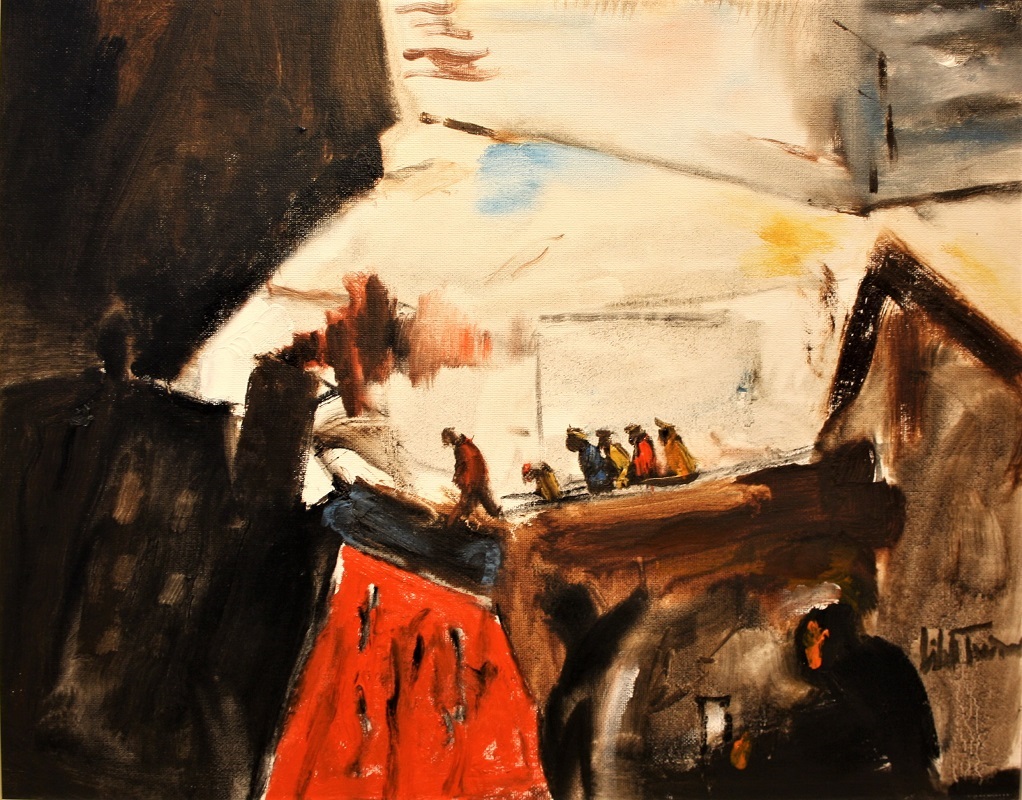 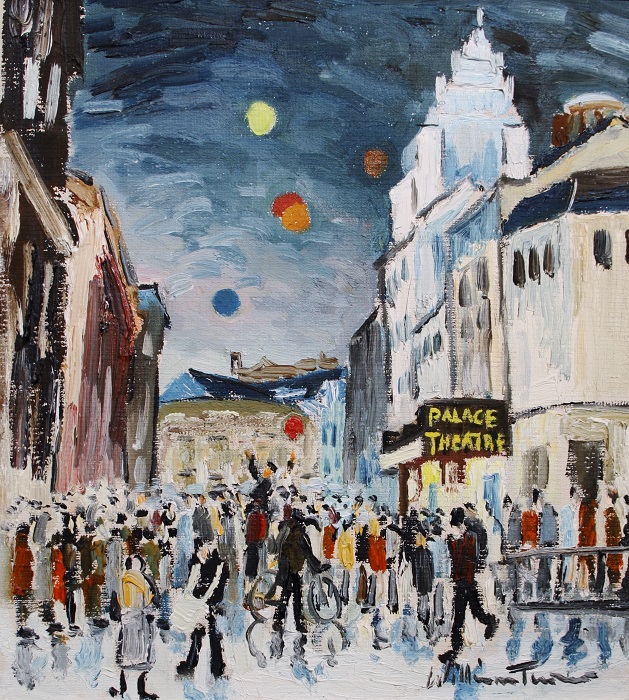 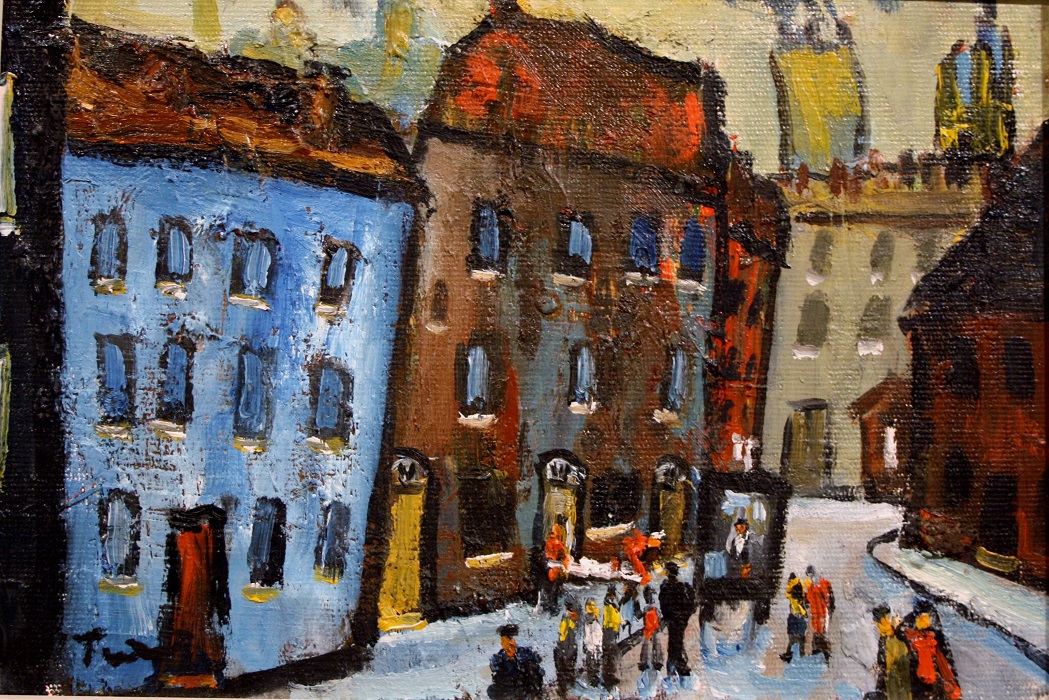 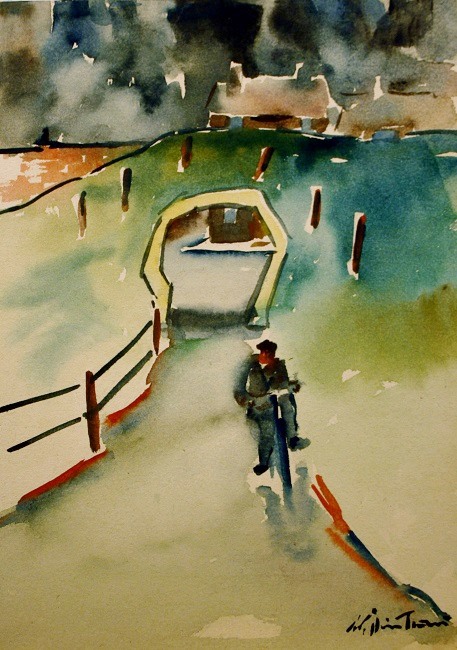 man on a bike, near macclesfield 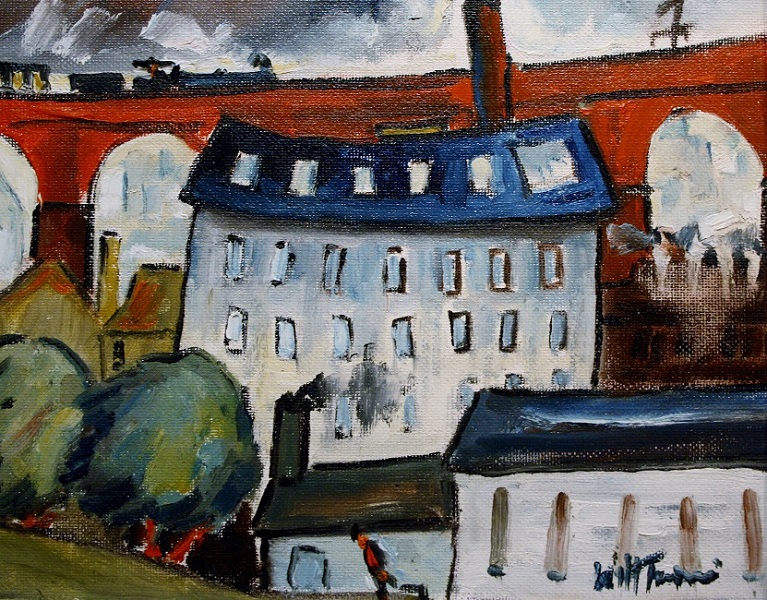 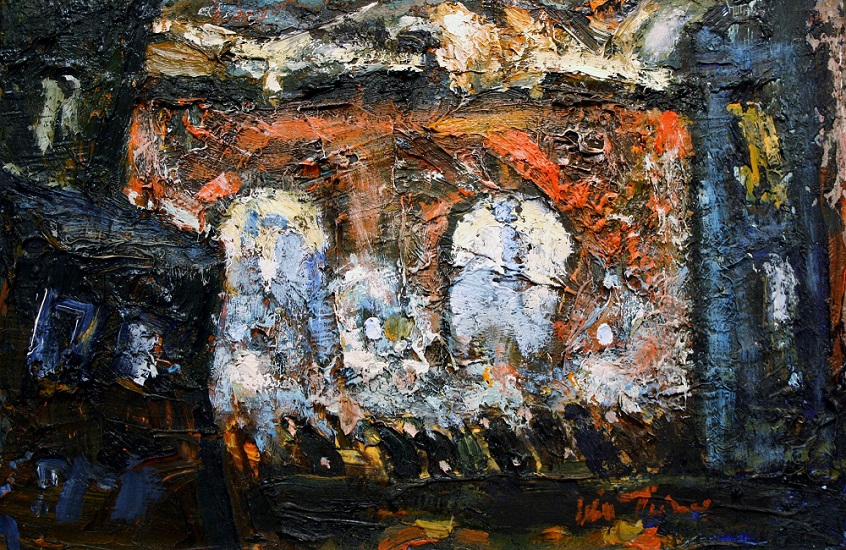 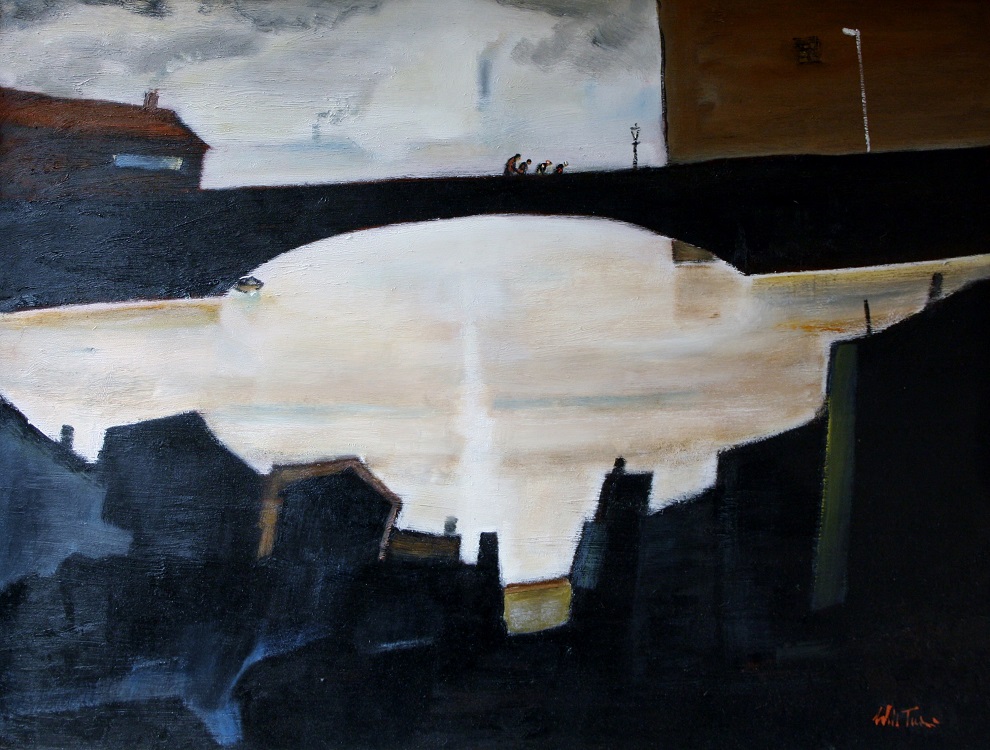 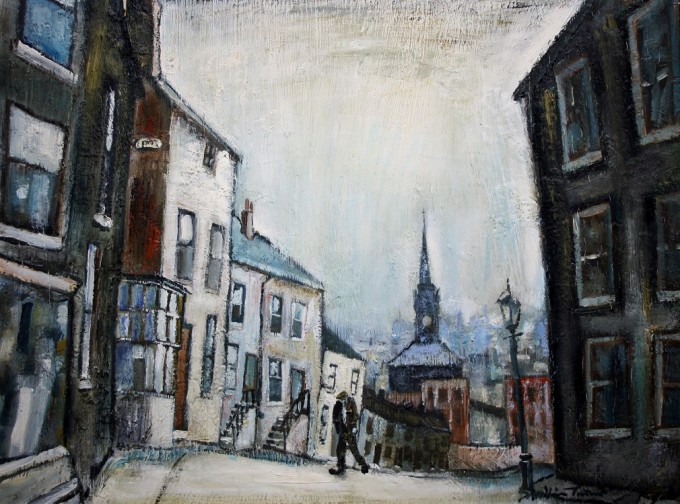 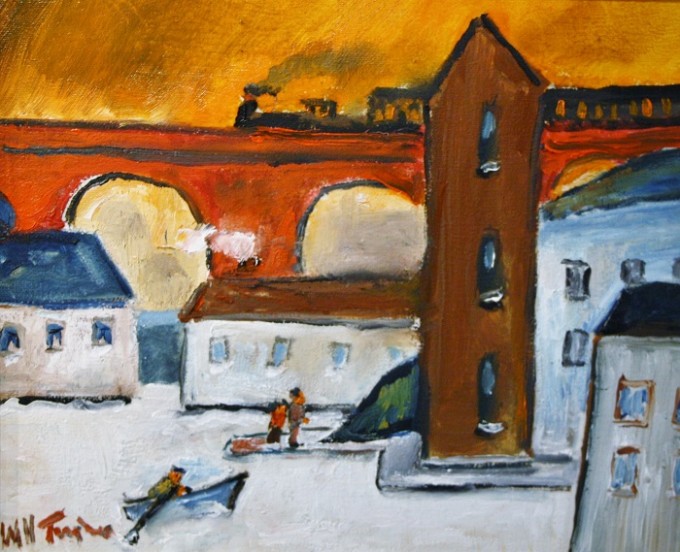 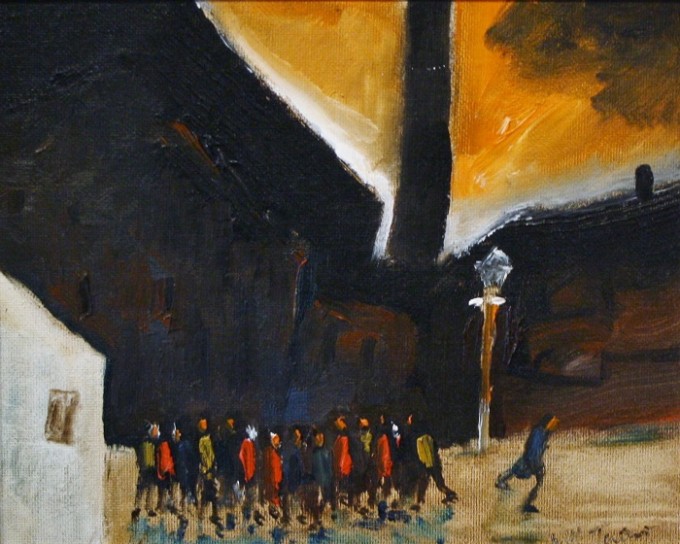 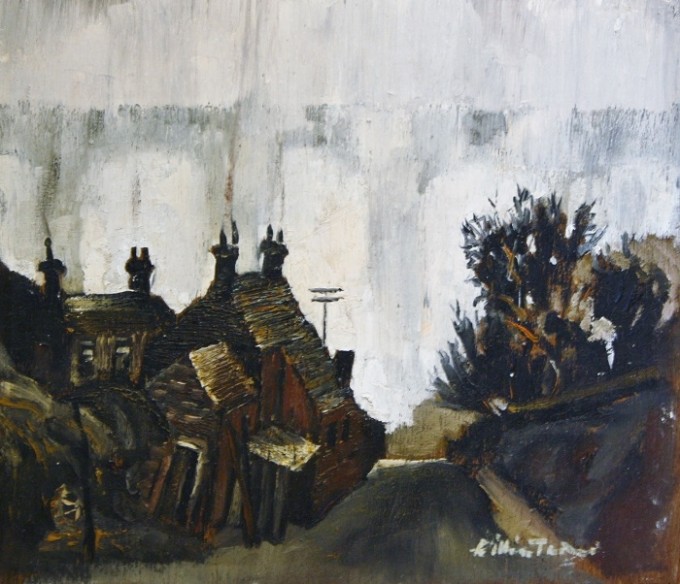 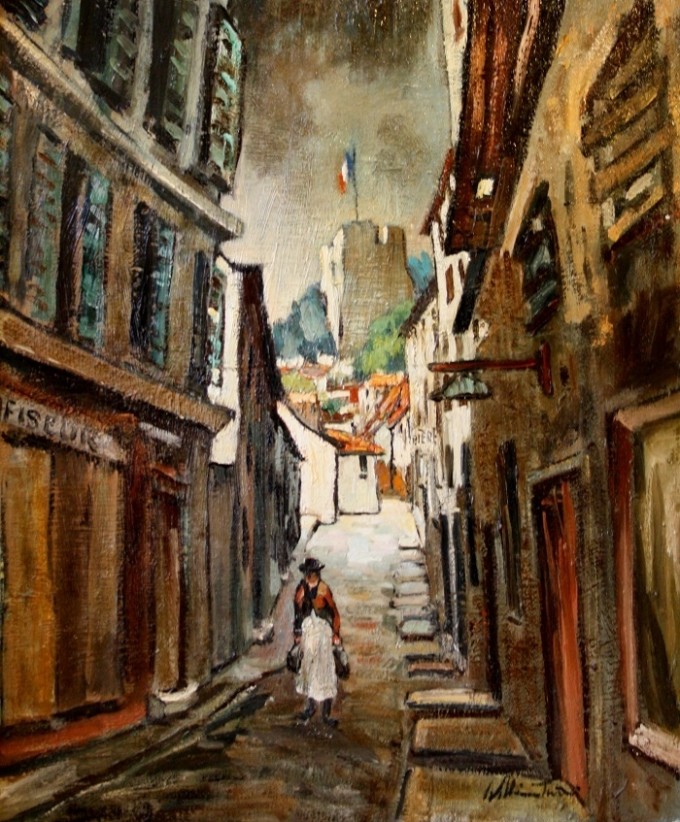 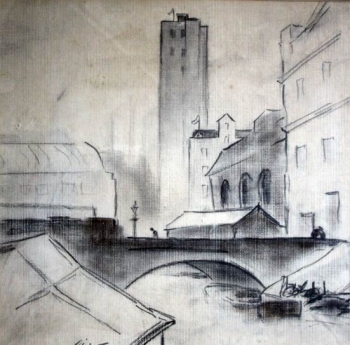 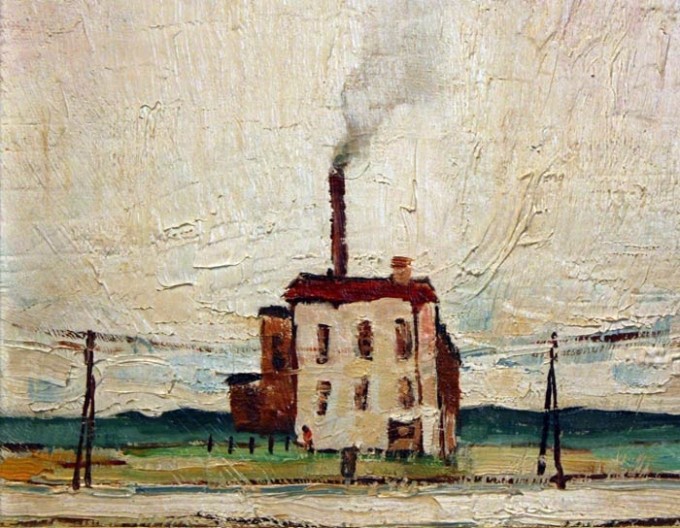