Wilf Roberts was born in 1941 on Anglesey. During the 1960s and 70s in London, he exhibited extensively and successfully whilst studying part-time at Croydon Art College. In 1973, Roberts returned to Anglesey and continued to paint, accepting a number of private commissions and illustrating books and posters on a voluntary basis for a number of local and national charities. He did not publicly exhibit his work during this period until 1996 .His work is held in public and private collections in Paris, New York, Australia and the UK.

Wilf died at home on Anglesey in September 2016. 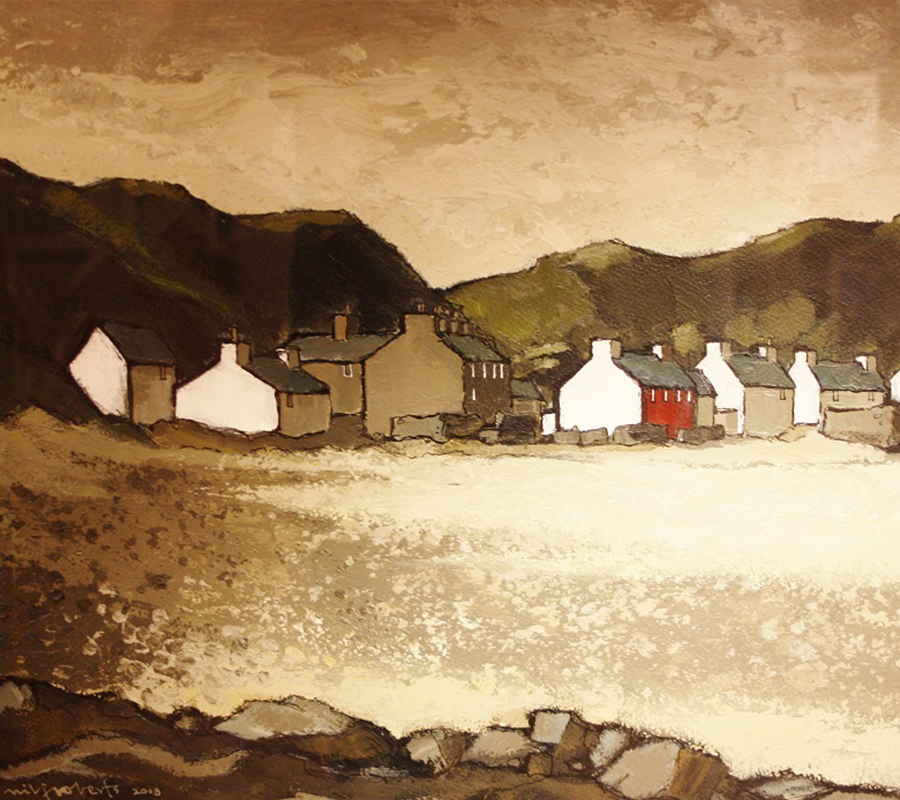