Trevor Grimshaw attended Stockport College of Art from 1963 to 1968. He was born in Hyde, Cheshire, in 1947. Grimshaw developed a unique style, mostly in monochrome, in which he used oils, charcoal, and graphite to create atmospheric, stylized images of the Northern industrial landscape.

Grimshaw was a frequent exhibitor in the UK (including the Royal Scottish Academy and the Royal Academy in the 1970s), but he also exhibited widely in the United States and Germany. Grimshaw art may be found in the collections of LS Lowry, Edward Heath, the Warburton Family, and Gerald Kaufman.

Trevor illustrated “The Singing Street,” a book of poetry by Mike Harding, and produced a series of lithographs for Christie’s Contemporary Art.

In 2001, Trevor Grimshaw was killed in a house fire. In 1996, he had his last show, and in 2004, the Stockport Art Gallery had a major retrospective exhibition of his work 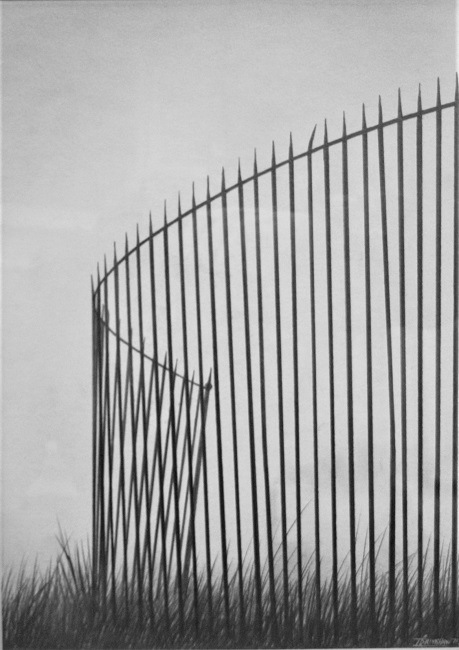 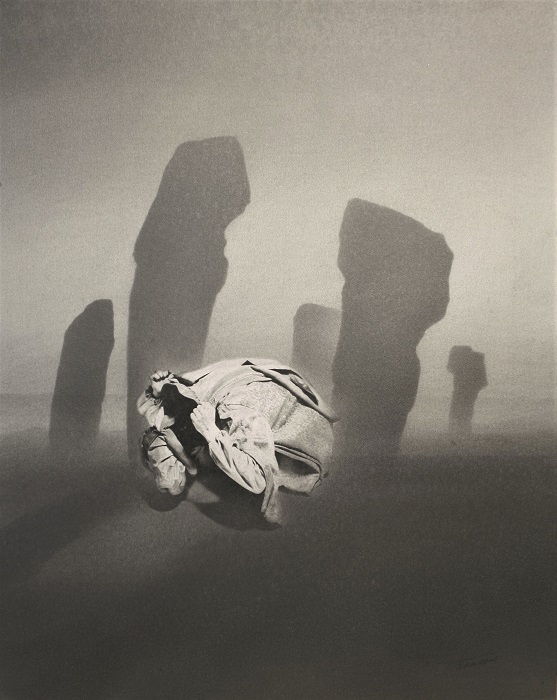 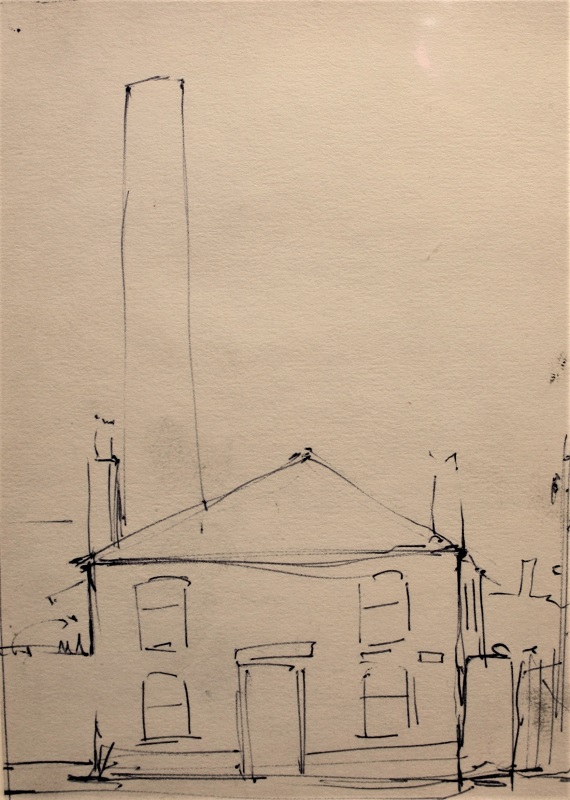 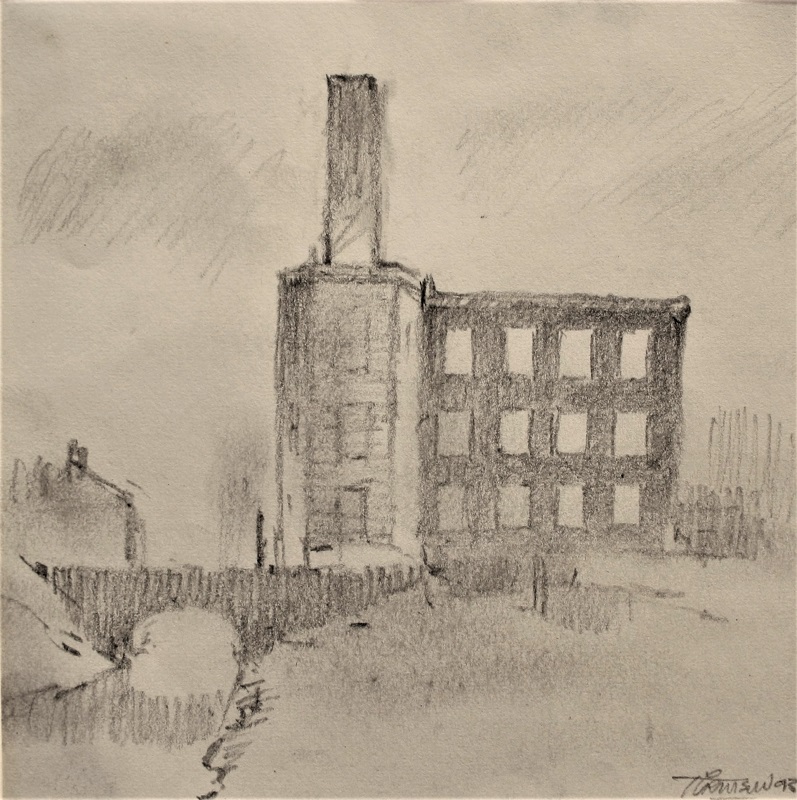 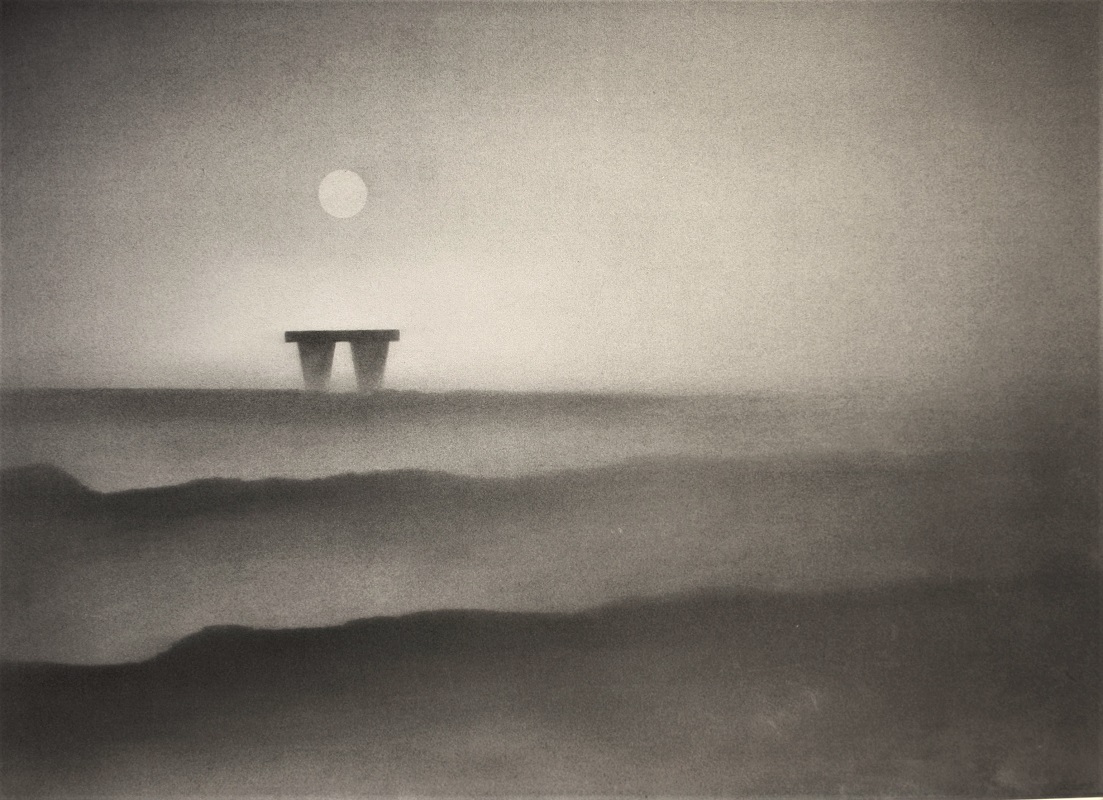 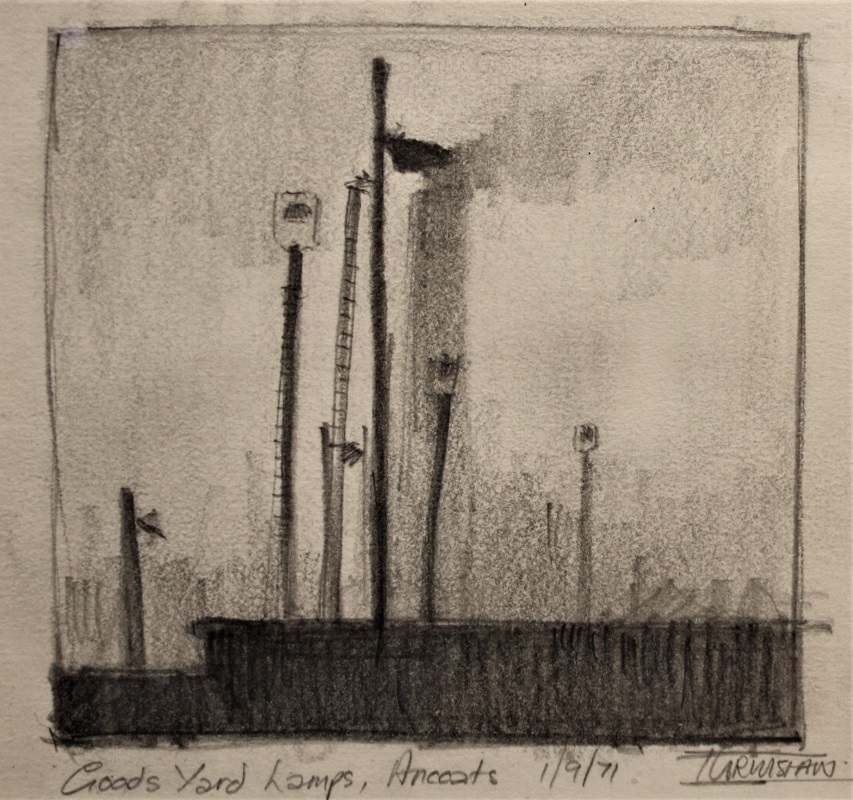 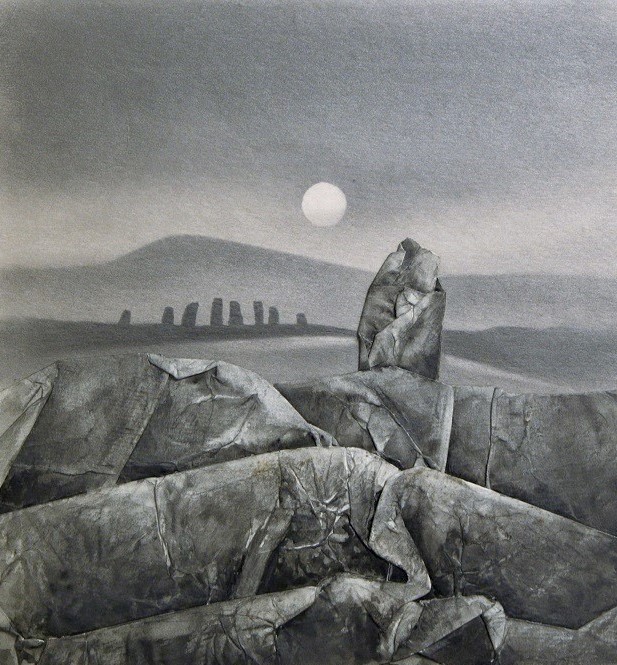 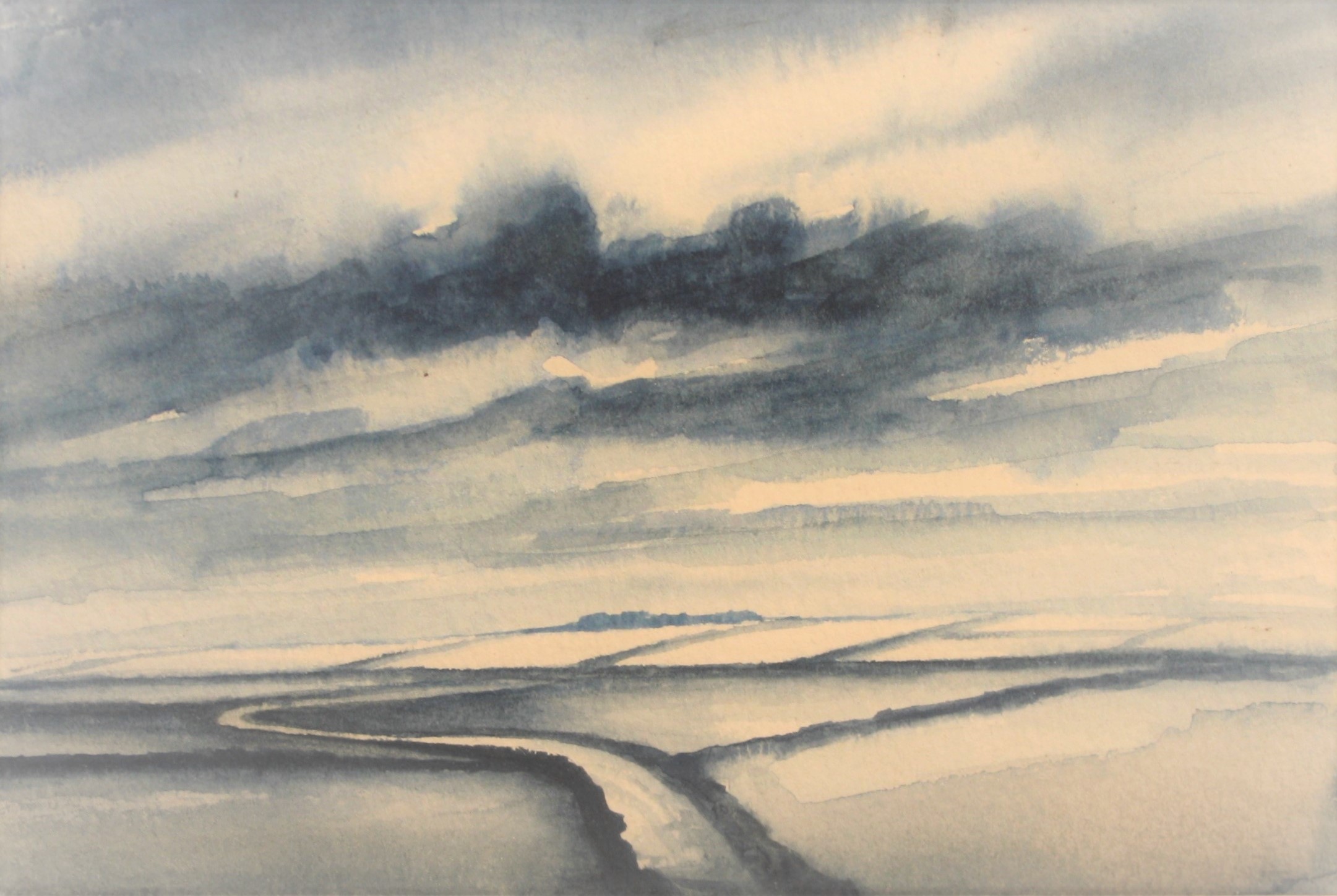 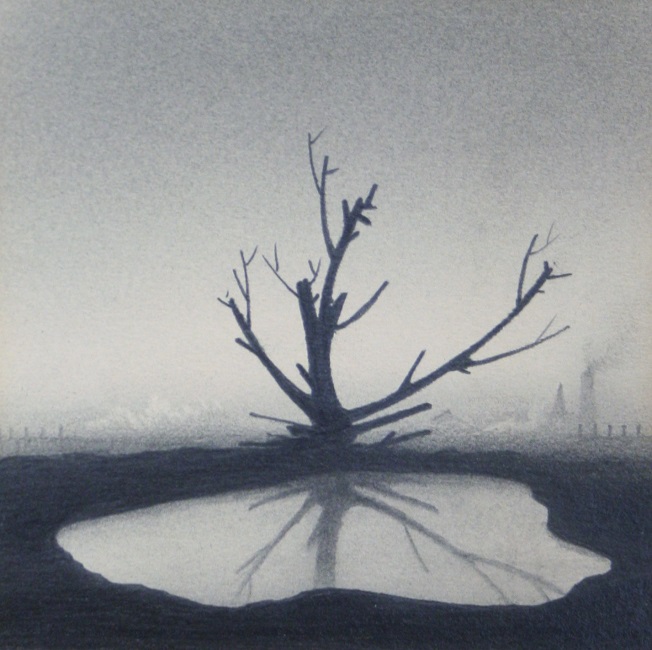 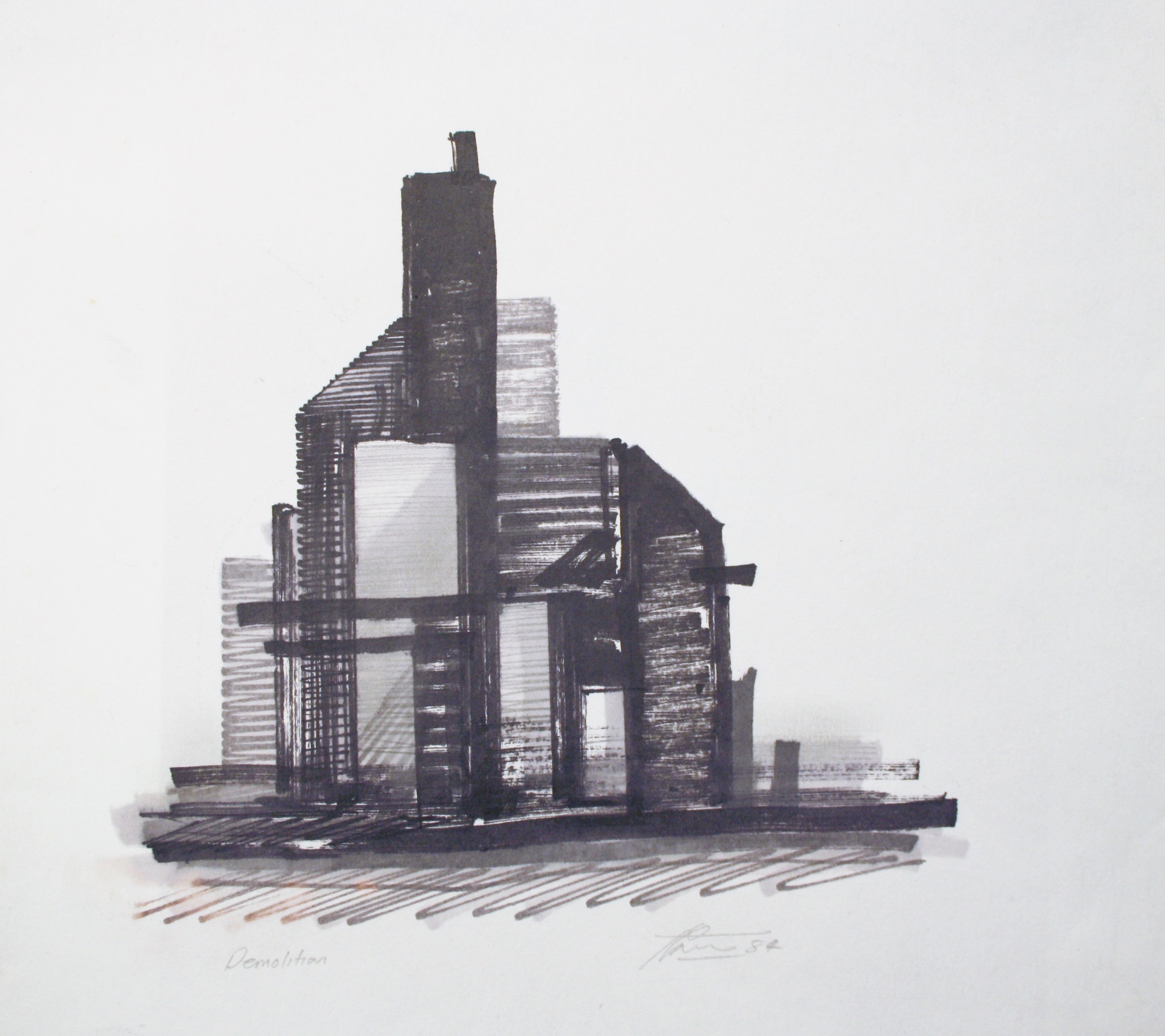 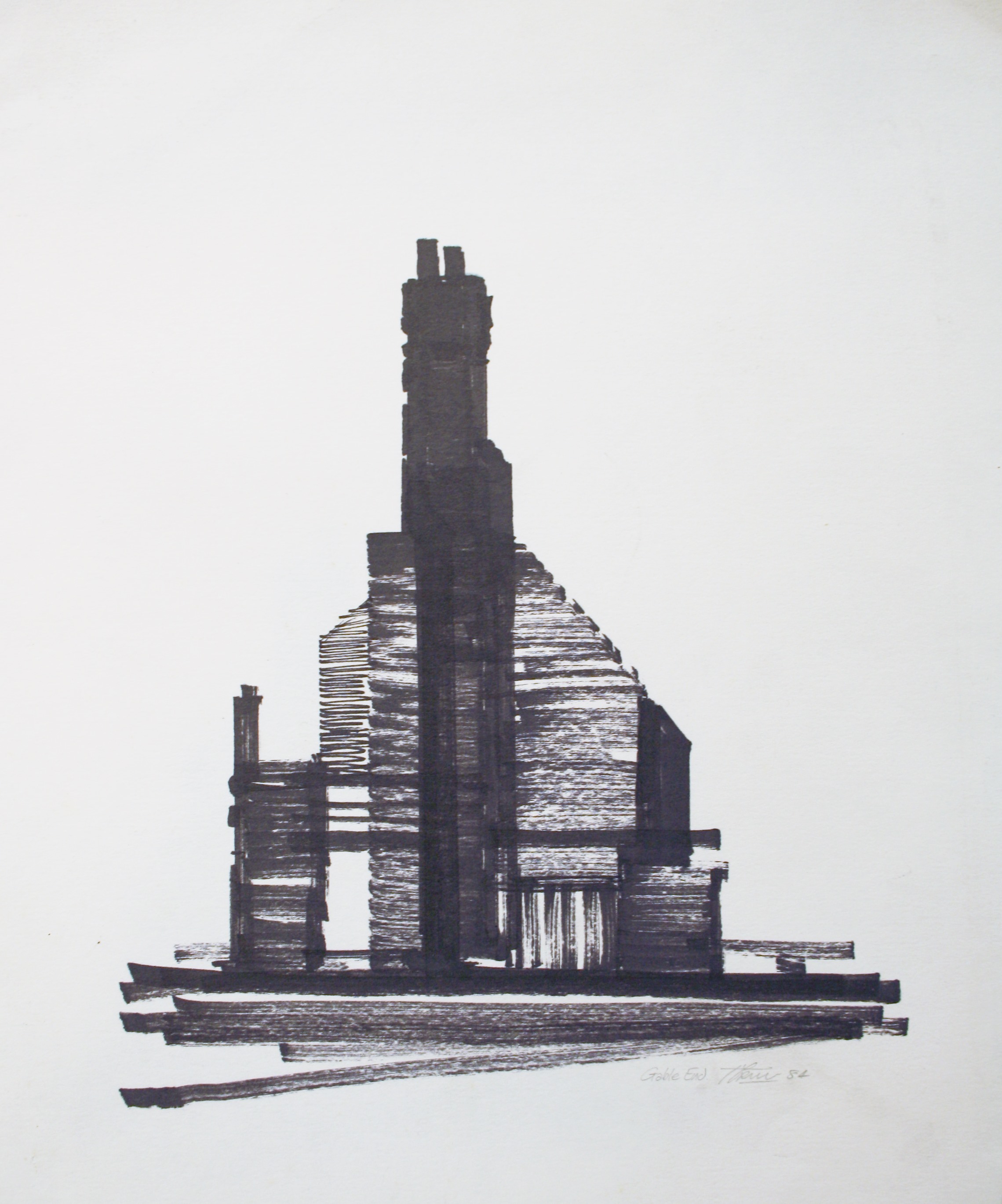 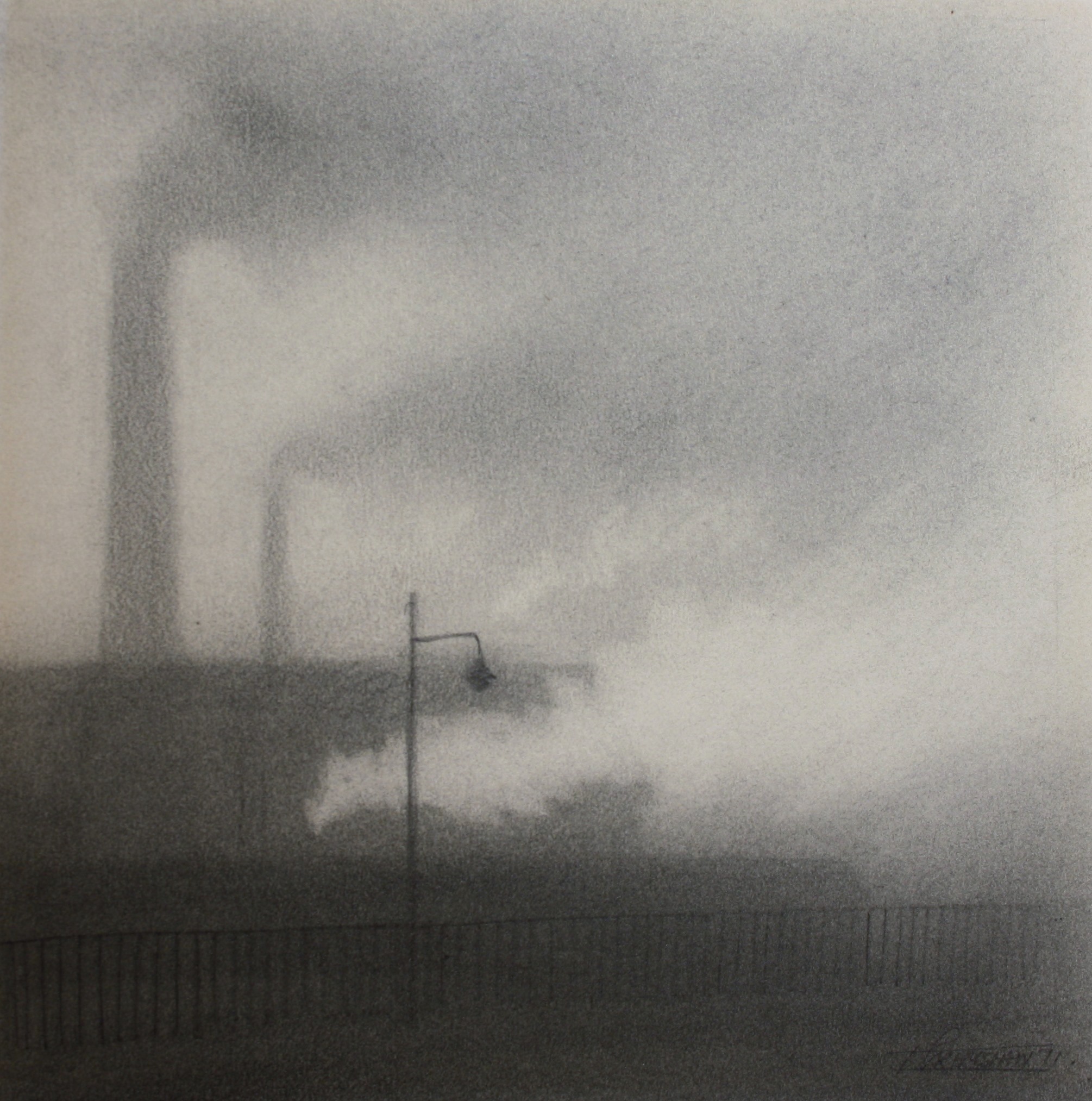 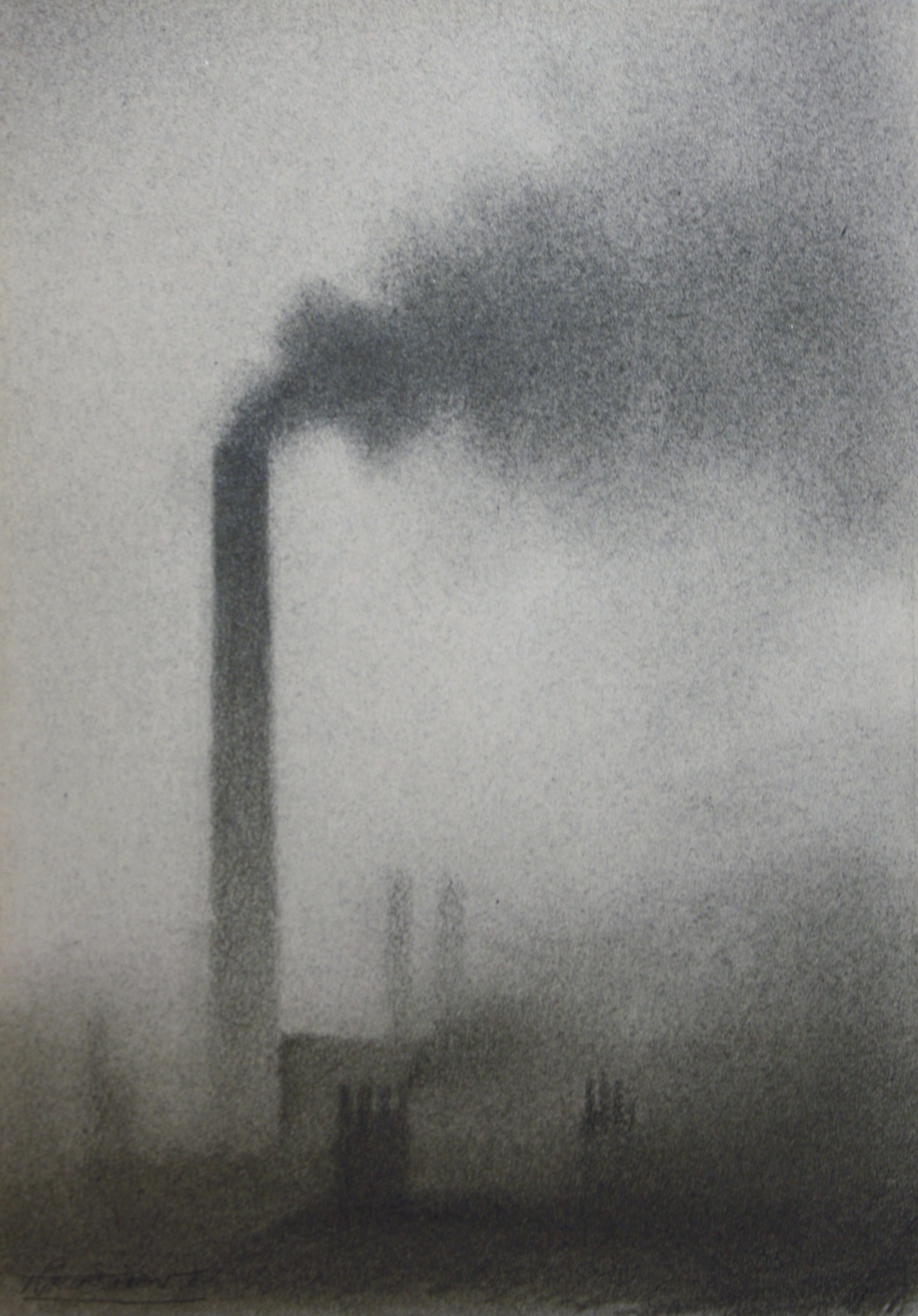 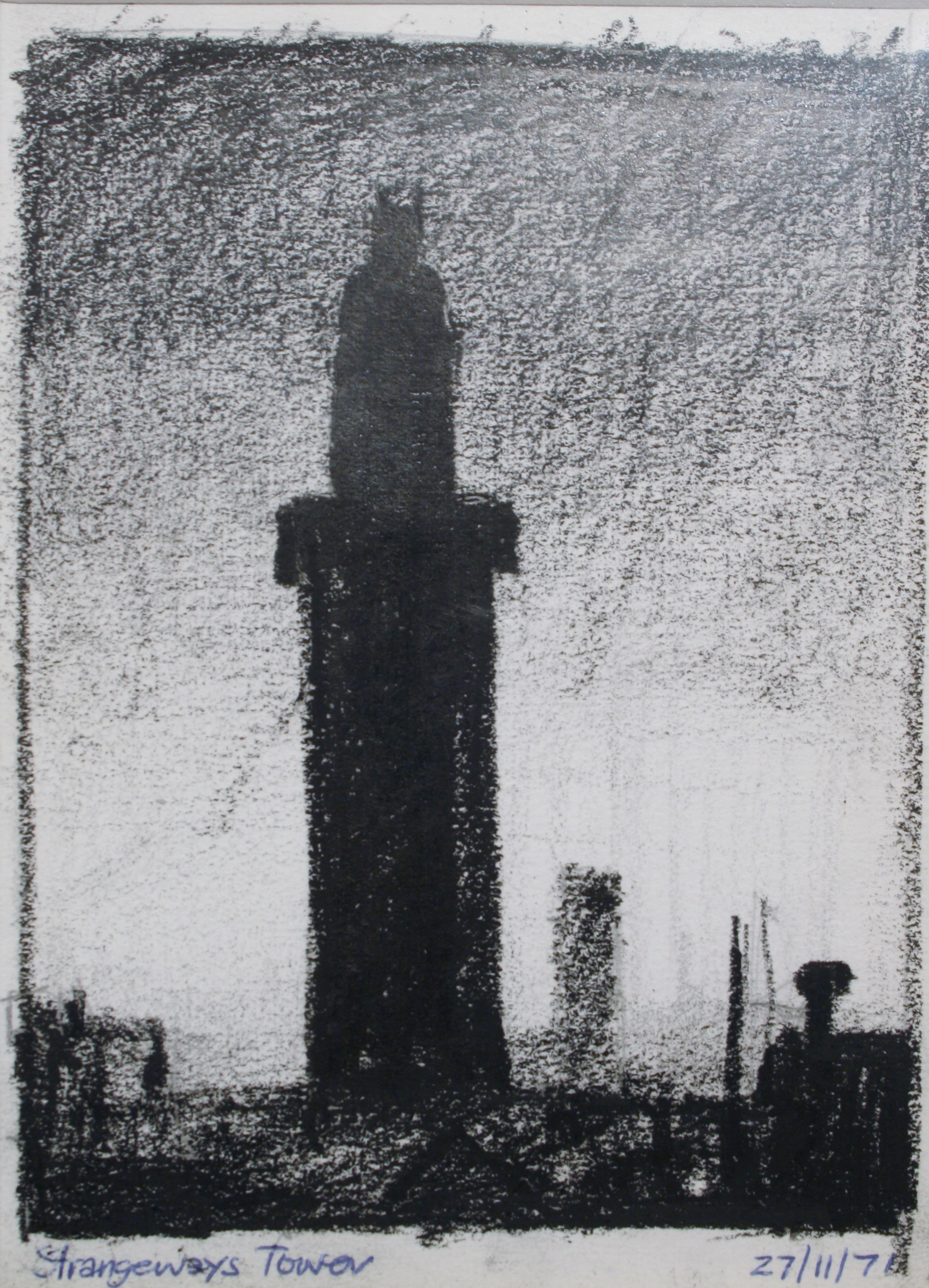 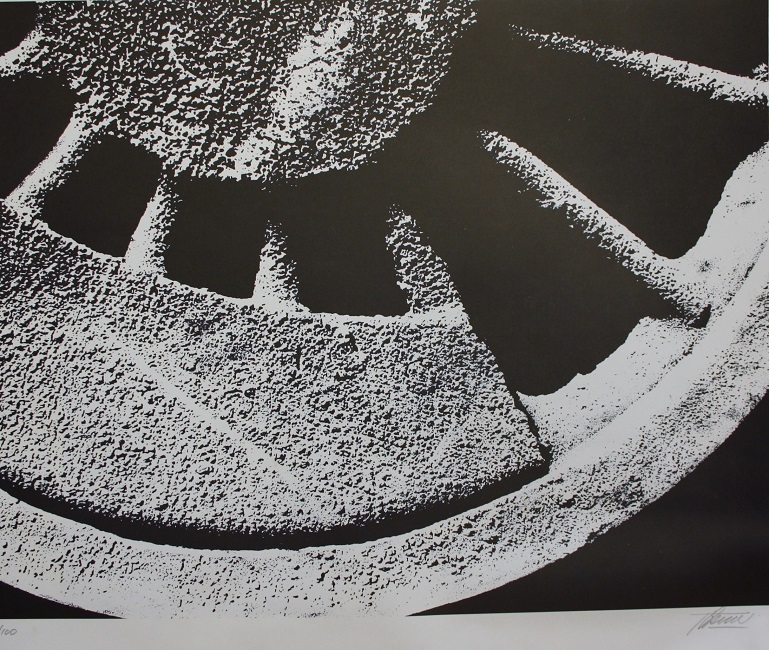 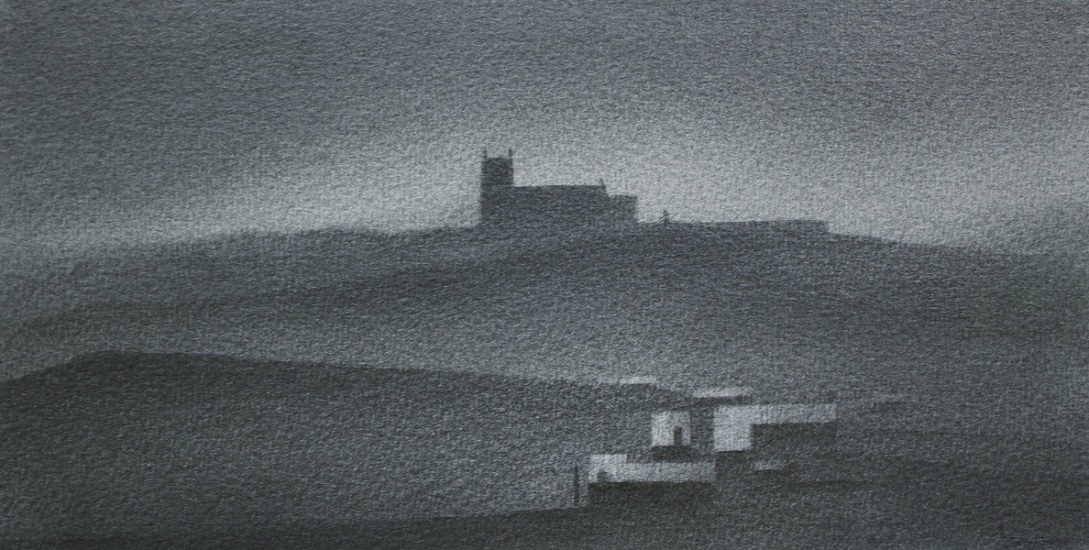 a Component of Power 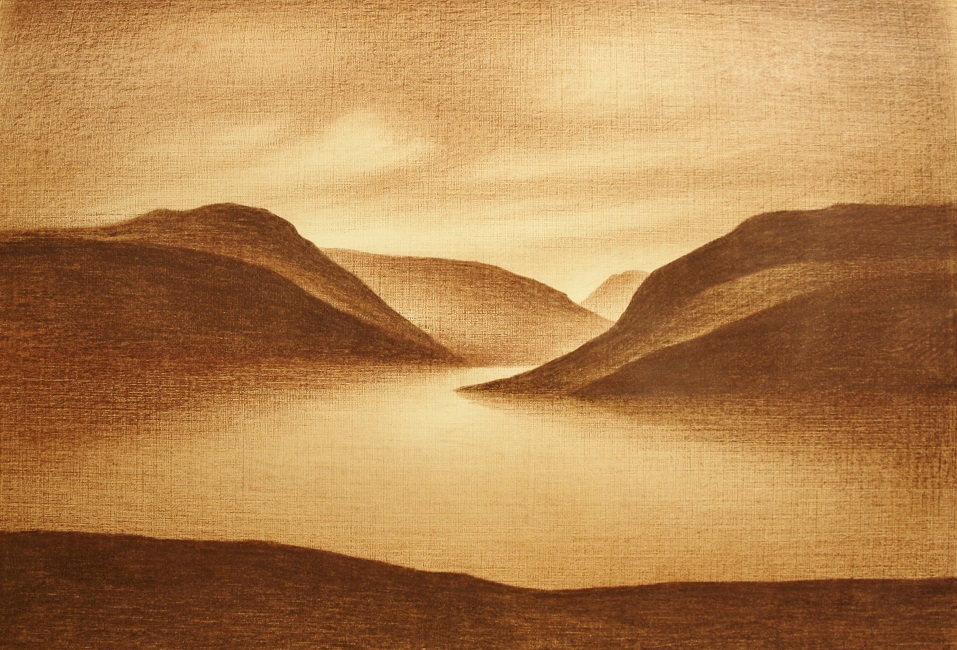 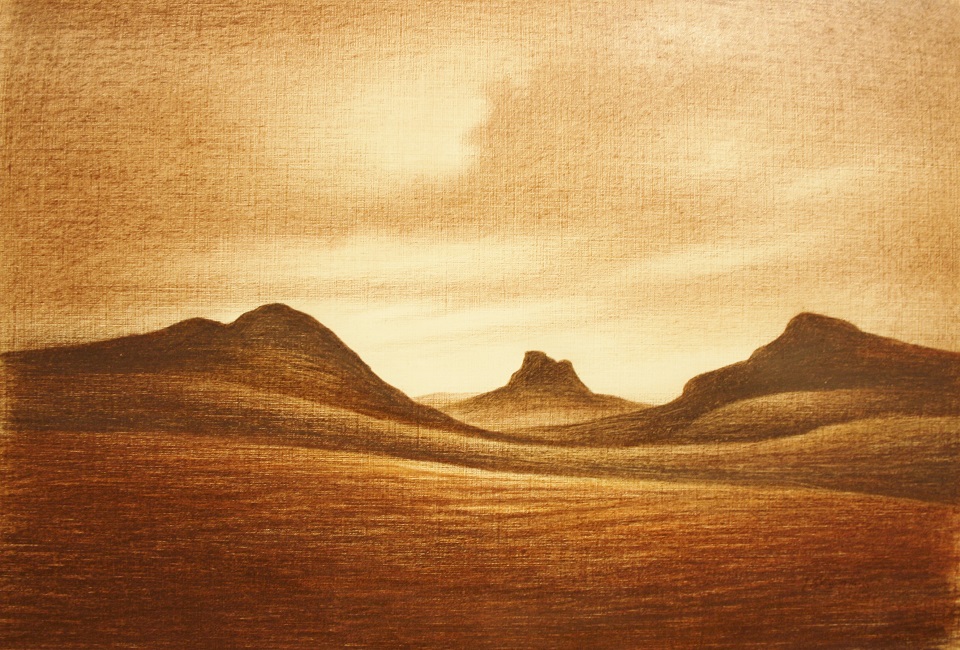 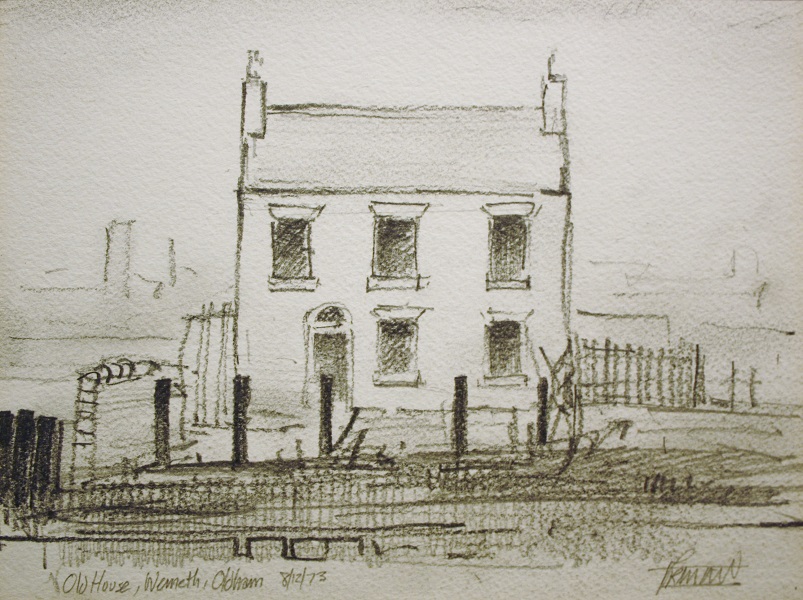 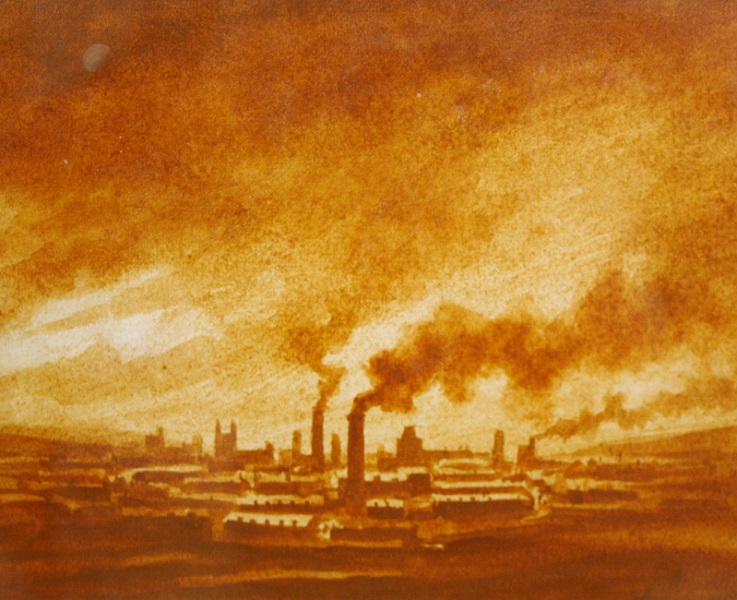 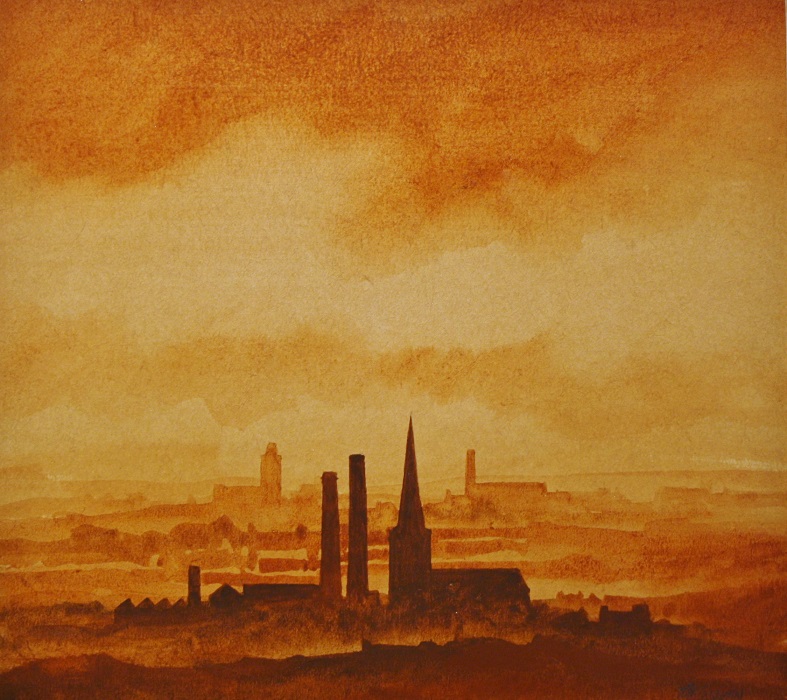 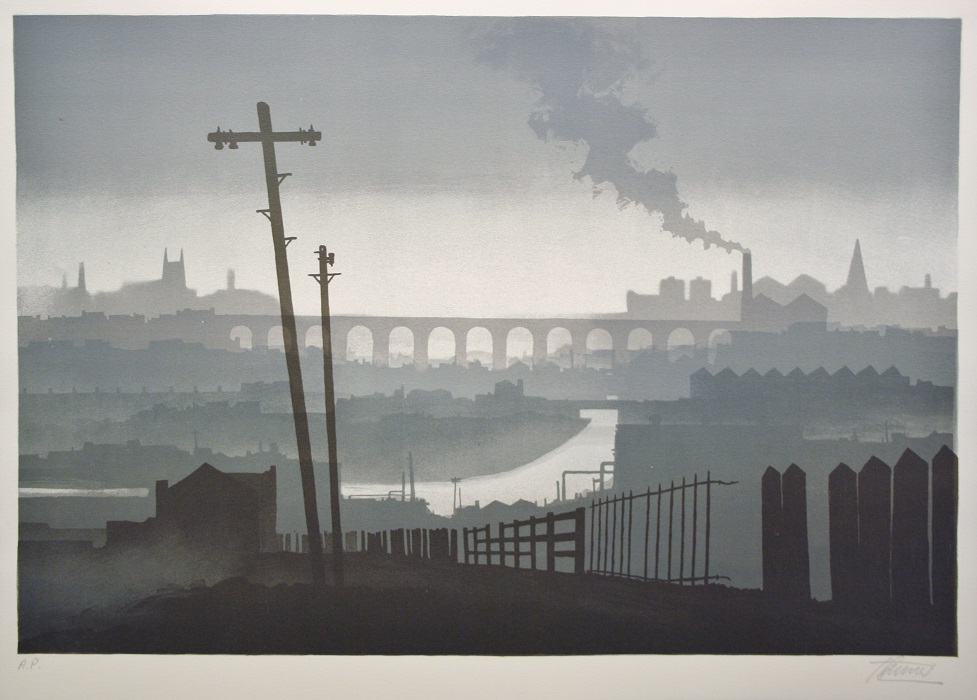 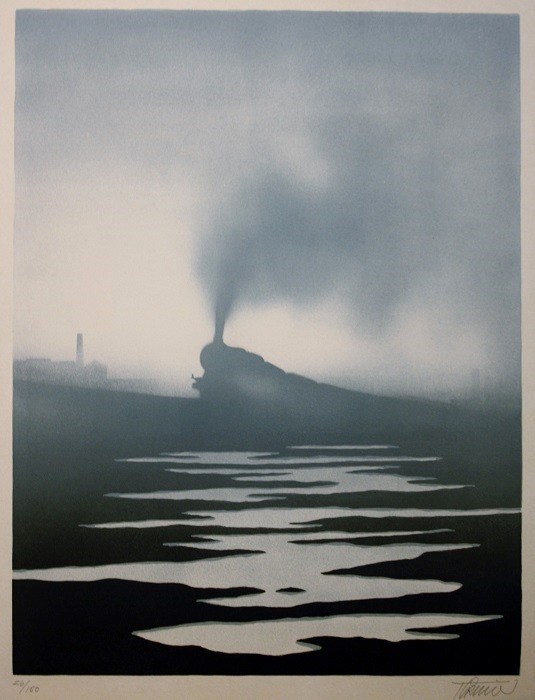 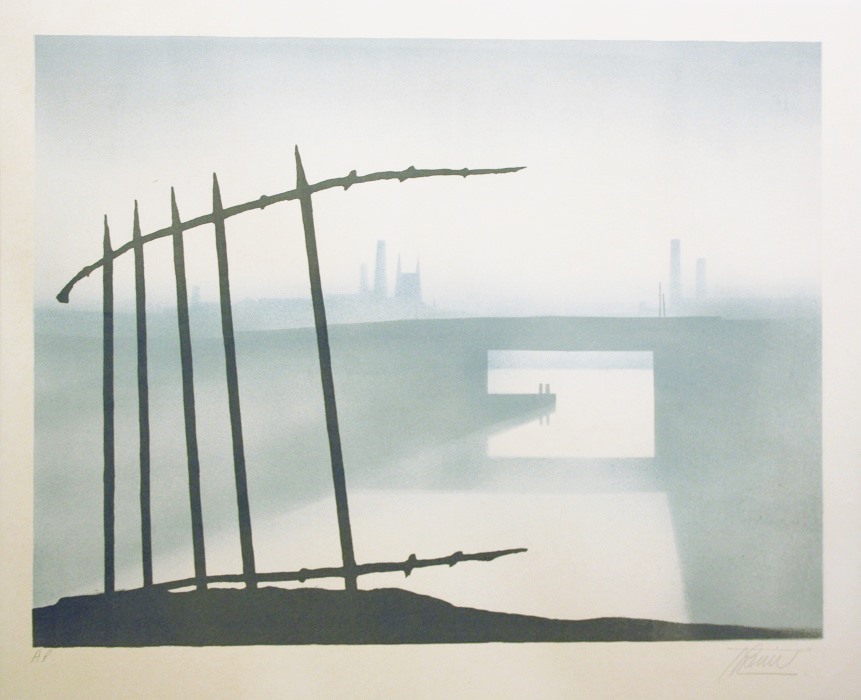 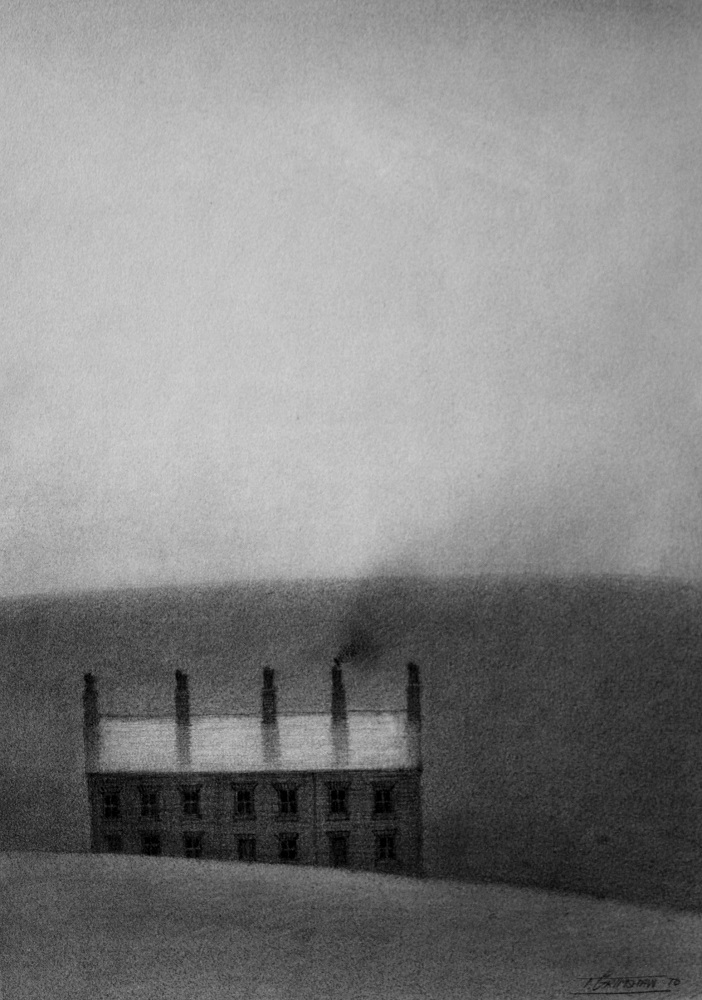 a house on the hill

A View from a town 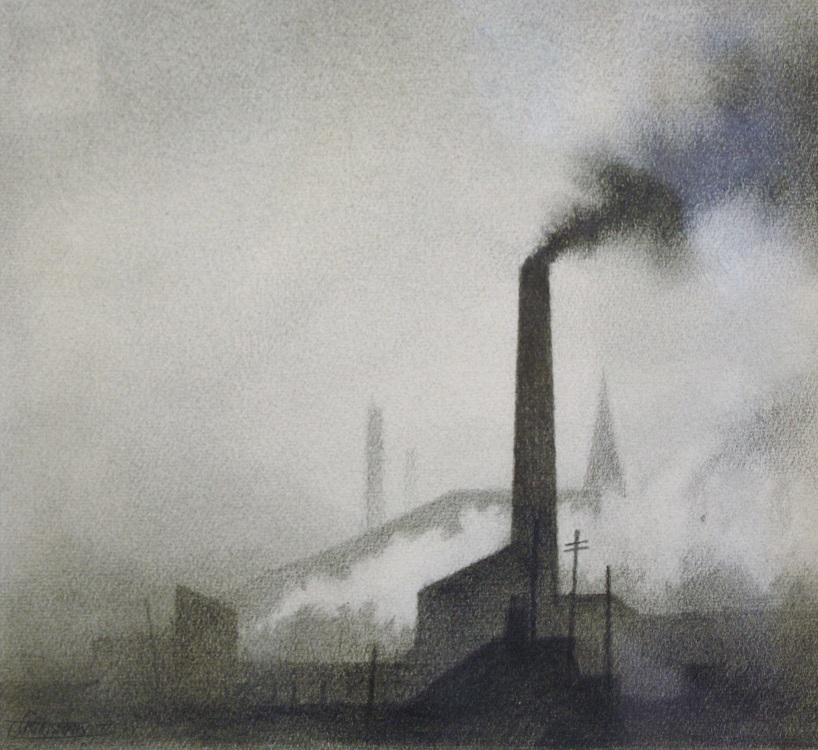 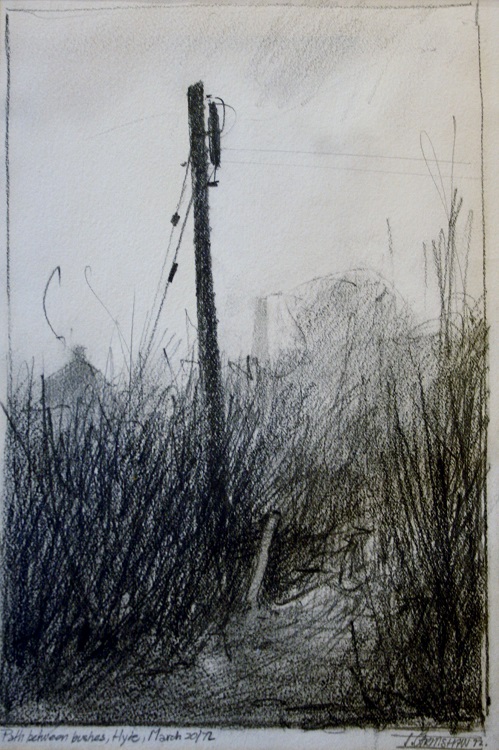 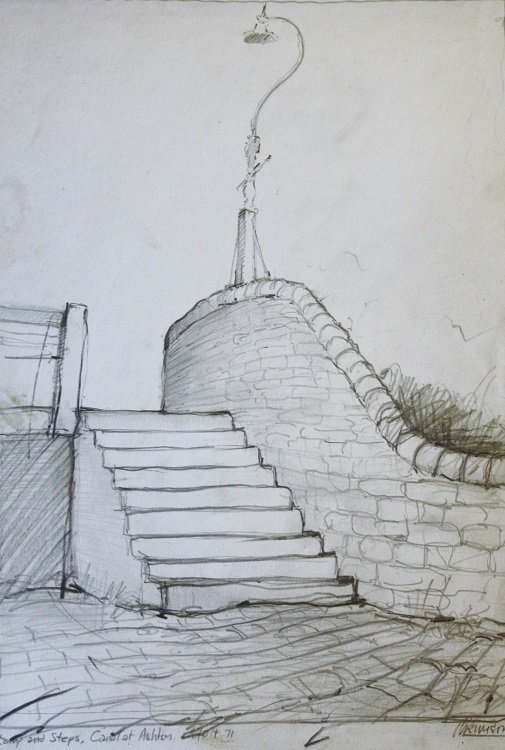