From 1966 through 1981, I exhibited with the Oldham Society of Artists.

In November 1979, he was elected to the Manchester Academy.

His favorite themes are figurative and street scenes, particularly in Manchester’s city center, which has a wonderful combination of brick, stone, glass, and concrete in a variety of architectural styles in addition to its Victorian history. 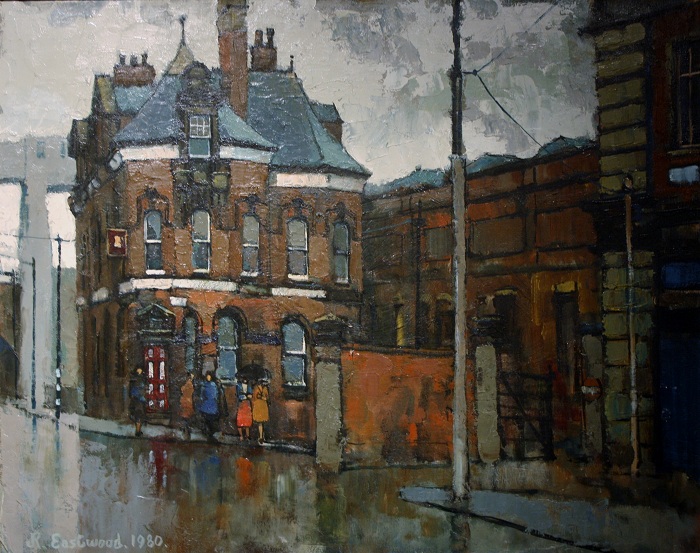 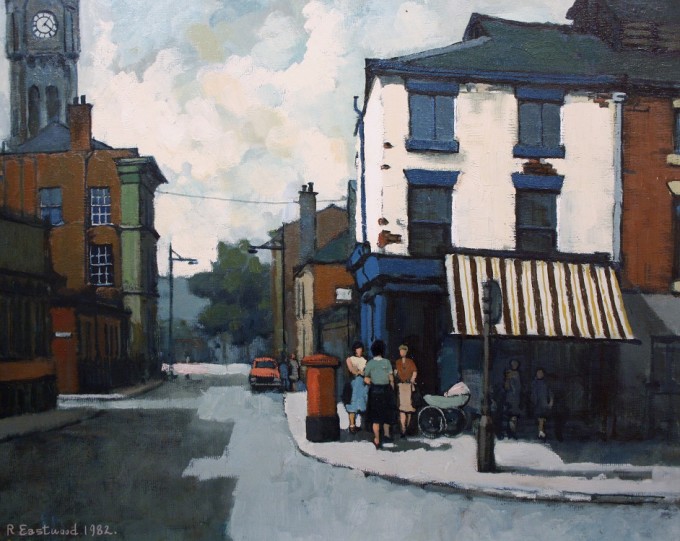 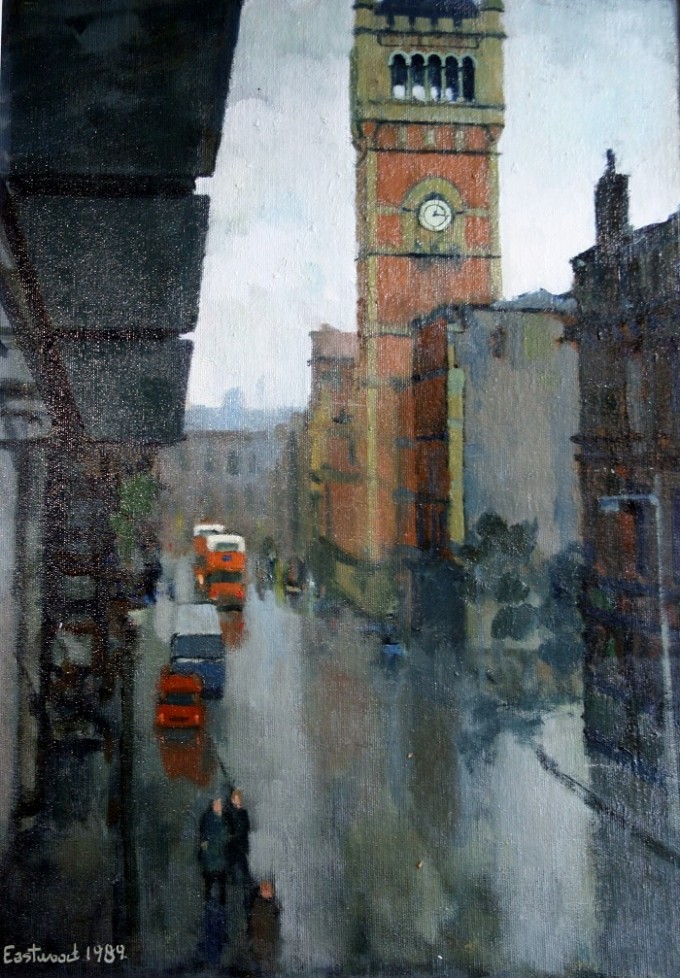 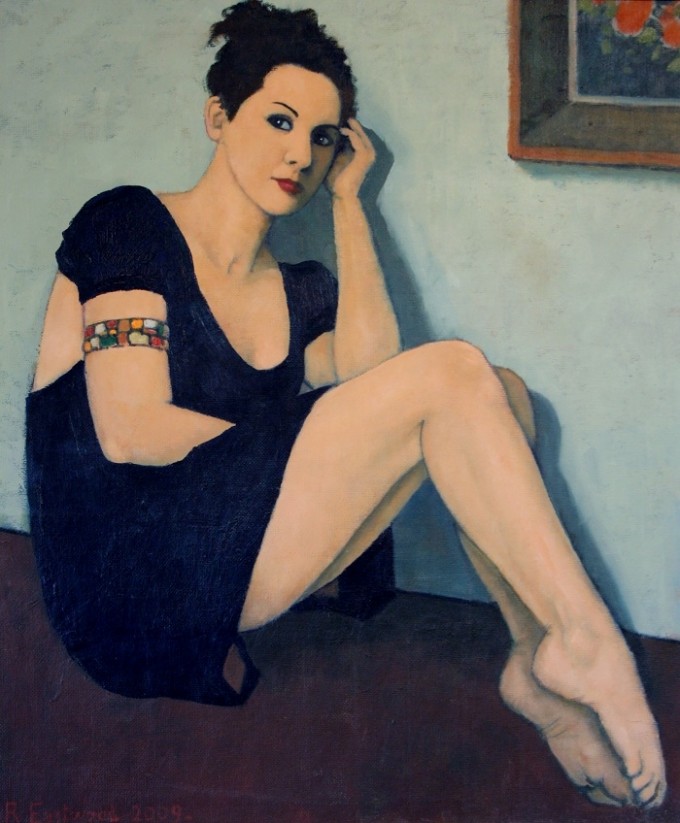 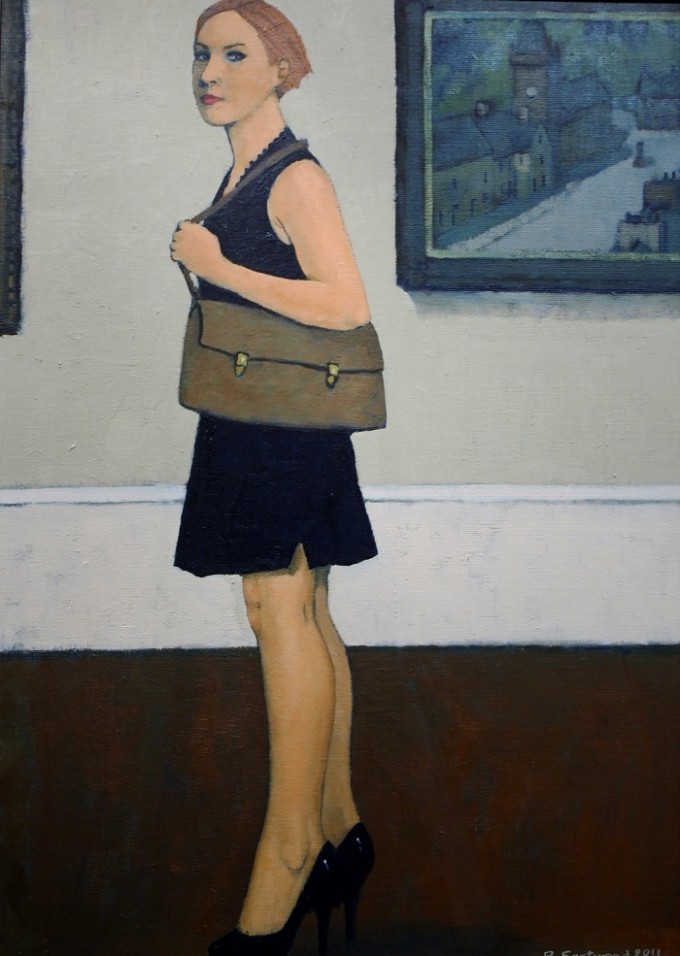 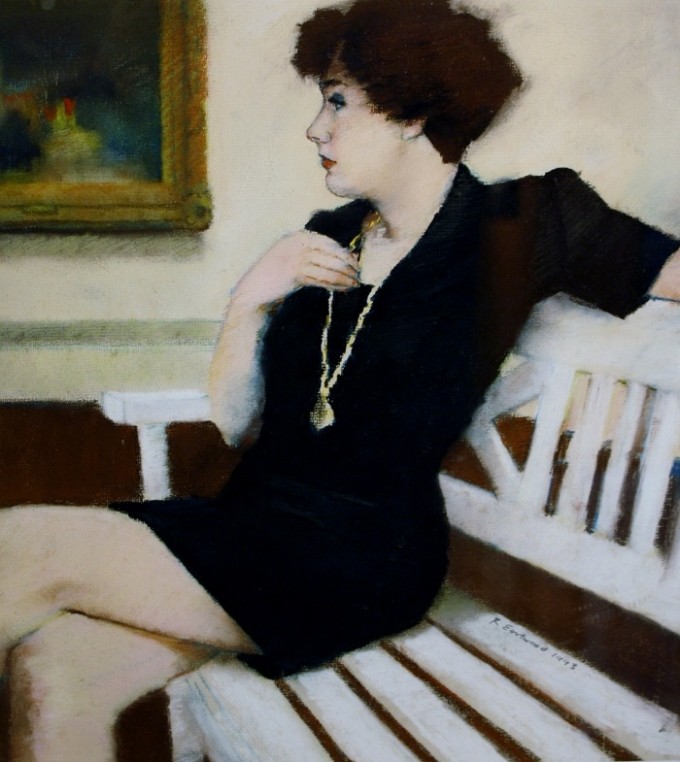