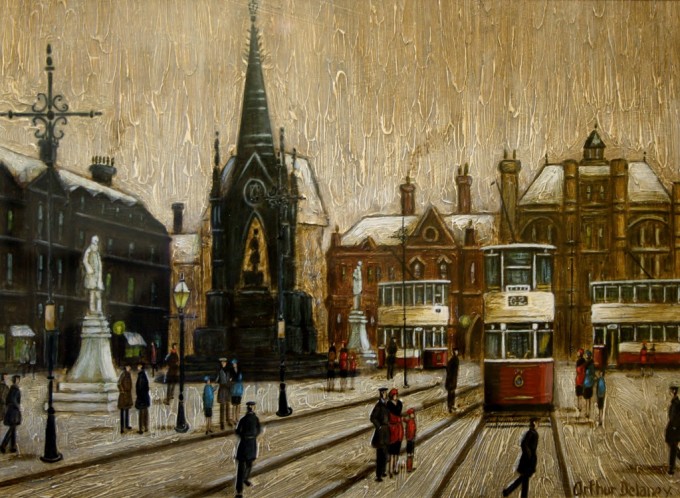 Arthur McEvoy Delaney was born in the All Saints district of Manchester in 1927. His family background was theatrical, his mother being a dancer and his father the famous comedian Frank Randle.

At the age of 13 he joined a Textile design studio in Manchester where he continued to work for the next 32 years. He married his childhood sweetheart and they had four children. He started to paint as a means of relaxation. There were two great influences in his life that were to affect his own development as a painter. One was the work of L.S. Lowry and the other the memories of the happy years he spent as a boy in the Manchester of the 1930′s with it’s smoke laden skies, rattling tramcars and gas lamps.

Lowry’s work made him aware of the many special qualities of the north and soon he began producing street scenes and industrial landscapes. His paintings were not stylised but a true likeness to their location. He set out to capture the atmosphere of the 1930′s and all of his paintings capture the nostalgia of the period.

In April 1974 he a very successful one man show at the Tib Lane Gallery in Manchester, with all the pictures selling within half an hour at the preview. His paintings continued to sell well during his lifetime and he exhibited at the Royal Academy. Many of his works were produced as limited edition prints.

Arthur Delaney’s paintings are now more popular than ever and are being discovered by a new generation of collectors. 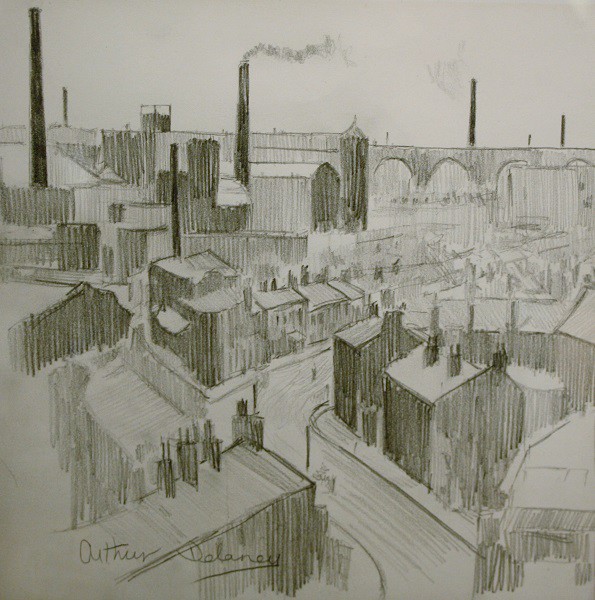