Neil Dallas Brown attended Dundee College of Art & Technology from 1954 to 1958, Hospitalfield Summer School from 1958 to 1958, and then a Post Graduate year at DJCA from 1958 to 1959, followed by a year at the Royal Academy Schools from 1960 to 1961. He subsequently returned to DJCA to teach before being hired as a Lecturer in Painting Studios at Glasgow School of Art in 1979, where he remained until his retirement. Neil Dallas Brown’s emotive and sometimes difficult work was highly acclaimed despite its limited financial success. His profoundly affecting “Shroud” series of paintings, created in reaction to sectarianism in Northern Ireland, are among the most striking visual comments on the Irish Troubles. He received several travel grants to study and teach overseas, and he had several notable solo exhibits, most notably at the Compass Gallery in Glasgow and a series at the Piccadilly Gallery in London in the late 1960s. Many public collections own his work, including the Scottish Gallery of Modern Art, the Walker Art Gallery in Liverpool, and the McManus Galleries in Dundee. 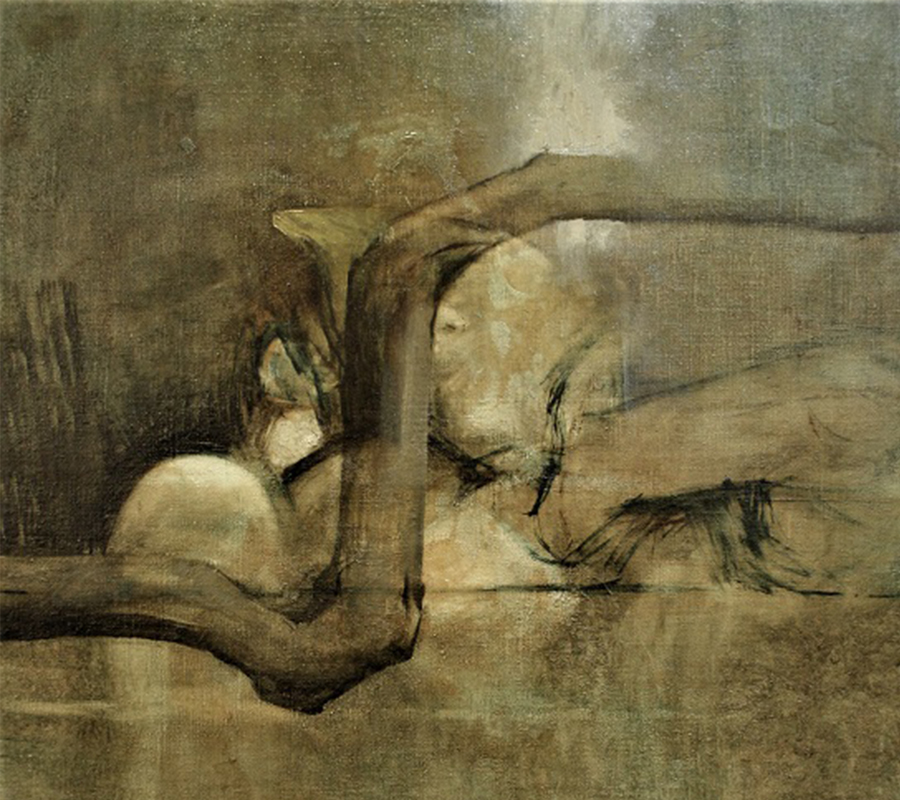