James Edward Owens, commonly known as Ned, was born in Newcastle-upon-Tyne in 1918 and studied painting there in the 1930s.

Between 1958 until 1975, he worked as a staff artist for the Manchester Guardian, but he is most known for co-founding the Midday Studios with his first wife, Margo Ingham. He co-founded a gallery with Lowry after his wartime army duty, and Lowry was a regular visitor. The gallery hosted a one-man Lowry show in 1948, and the works sold quickly, according to reports at the time. Outside of his Guardian job, Ned Owens painted a lot and taught for ten years at Manchester School of Art.

Ned’s marriage to Margot Ingham failed, and he grew disillusioned with Manchester, which seemed to be in decline: the Manchester Guardian’s success pulled the paper to London, and Manchester’s postwar rebirth never blossomed. He remarried and settled in the Lake District, where he died at the age of 72. 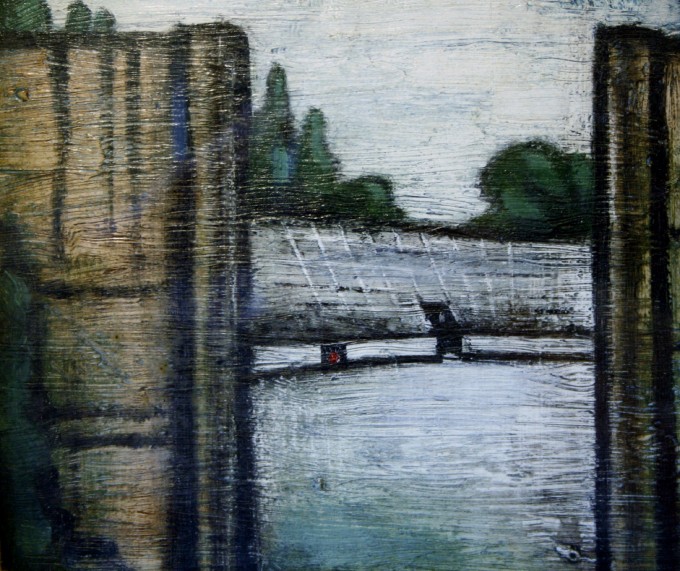