James Lawrence Isherwood was an English painter who was born on April 7, 1917, in Wigan, Lancashire and died of cancer on June 9, 1989.

Isherwood was an impressionist/expressionist painter who produced a lot of work.

Wigan figure paintings, portraits, and still lifes are among his most well-known works.

Prince Charles is one of Isherwood’s well-known collectors, having purchased one of his seascapes during a Cambridge University auction. Hugh Greene, the previous Director-General of the BBC, had a picture of Mary Whitehouse commissioned.

Isherwood, who was often short on cash, drove across the nation in his old estate vehicle, frequently accompanied by his mother, whom he dubbed “Mother Lily.” He would show up to art schools and offer spontaneous lessons, and he would typically pay for his hotel room with a painting. When charged with driving without a license or insurance, he gave judges a painting in place of a fine.

In 1974, the artist and his work became the subject of a BBC documentary titled I am Isherwood. The BBC broadcasted it twice, in 1974 and 1975 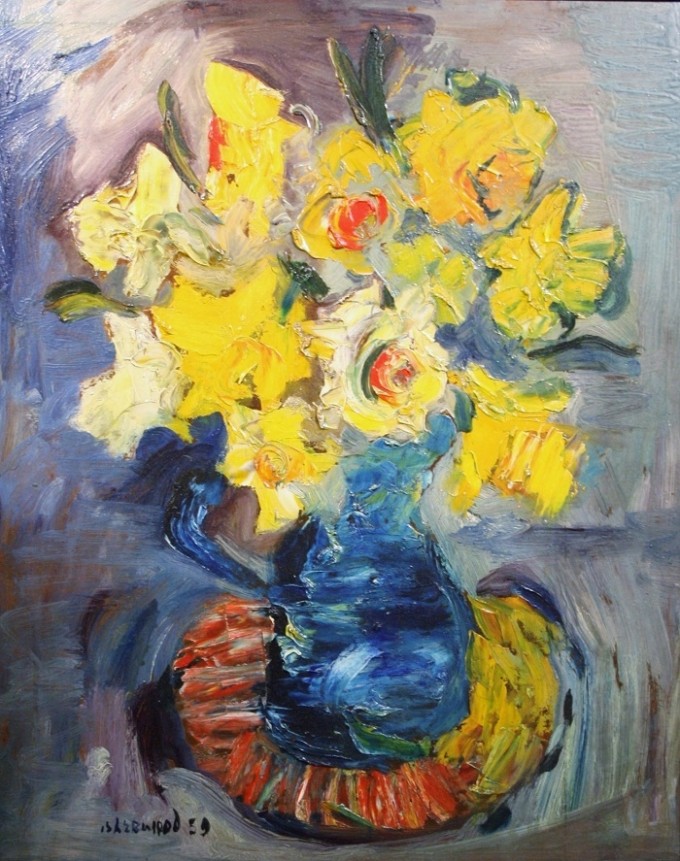