Josef Herman, a Polish-born artist who arrived in Britain in 1940 and made a significant contribution to the creative landscape, was known for capturing the spirit of the British working classes. In 1938, Herman moved from Warsaw to Brussels to escape Poland’s harsh political climate. In 1940, he escaped to Paris and then to Glasgow in the United Kingdom. He went to London in 1943, where he showed with L S Lowry, before returning to Ystradgynlais, Wales, in 1944, where the local mining population would inspire his future works. His sublime pictures of coal miners, fishermen, and farm laborers from Wales, Scotland, and Suffolk reflected ordinary people’s dignity and respect for the peaceful beauty of daily existence.

Herman was born in 1911 in Warsaw and attended the Warsaw School of Art and Decoration (1930-31). He traveled extensively throughout his life, and his work has been displayed in over 250 exhibitions on five continents, including the 1951 Festival of Britain exhibition on London’s South Bank; Camden Arts Centre; Geffrye Museum; and Whitechapel Gallery, London; National Museum of Wales, Cardiff; National Gallery of Victoria, Melbourne; Ernst Museum, Budapest; and the Jewish Museum, New York. Many major collections house his work, including the Tate, the Victoria and Albert Museum in London, the National Museum of Wales, the Museum of Fine Arts in Montreal, the National Gallery of Canada, the Tel Aviv Museum of Art, the Wellington National Art Gallery in New Zealand, and the Scottish National Gallery of Modern Art, to name a few. In 1981, Herman received an OBE for contributions to British art, and in 1990, he was elected to the Royal Academy of Arts. 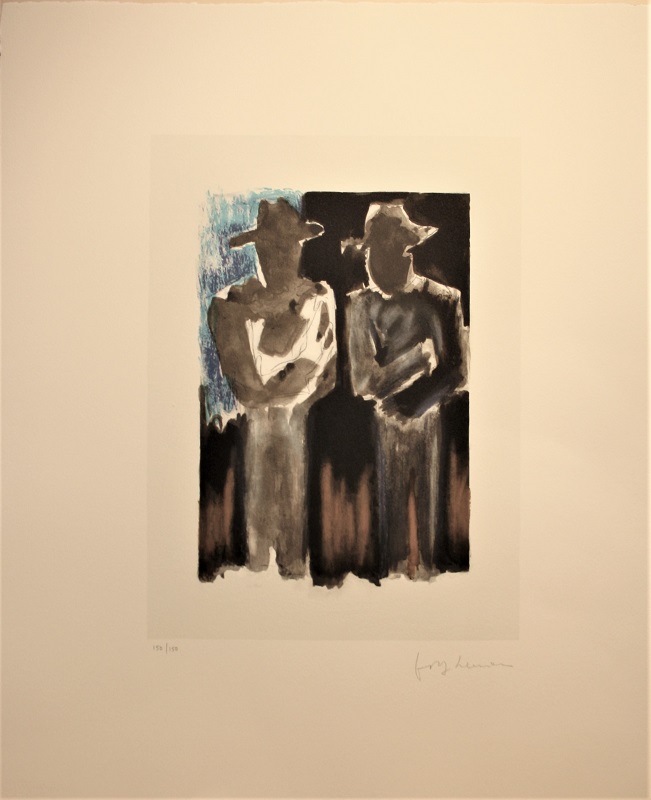