Jeanette Barnes was born in 1961 in Great Harwood, near Blackburn, and was taught by Robin Bownass at Accrington Foundation College. She studied in Mike Knowles’ living room at Liverpool Polytechnic, and both artists actively encouraged her to sketch, which became an important element of her work. She drew inspiration in creating from the dynamic urban environment of Liverpool, which became the topic of all her subsequent work. Jeanette then moved on to the Royal Academy Schools in London to pursue a post-graduate degree before enrolling at the Royal College of Art to pursue an MA in Printmaking.

Jeanette has participated in many solo and group exhibitions, including the Hunting Group, Discerning Eye, Jerwood Drawing, Lynn Painter-Stainers, and the Royal Academy Summer Exhibition, where she has won prizes in each of these competitions, including the RA Summer Exhibition drawing prize in 2013. She’s gearing up for her second solo exhibition in London this year. Her art may be found in both public and private collections.

Jeanette portrays the spirit of the city via large-scale compressed charcoal drawings, focusing on movement across time rather than a single moment. She’s lately been intrigued by trams and people interacting in front of Manchester’s towering architecture.

She is a teacher at the Royal Drawing School and has taught life-drawing at the Royal Academy Outreach program for 25 years. She lives and works in London. 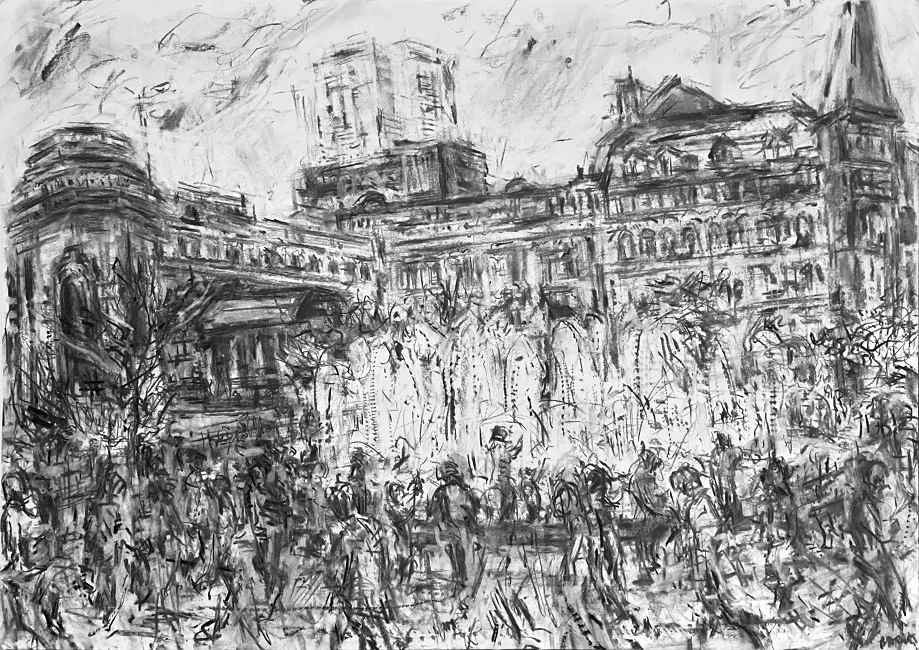