Born in York in 1950, he now resides in Bradford. His art education began at York College of Art, followed by Liverpool Art College, and finally, the Royal Academy of Arts, where he won the Creswick Prize and the Landseer Prize for his landscape and figure work, respectively, from 1974 to 1977.

Jake is a figurative painter, meaning that everything he creates is based on something he has seen and almost certainly drawn. Regardless of how far the paintings deviate from the subject that inspired them, they are all rooted in that initial observational reliance. Jake adores the medium of oils; it excites him, and he believes that it is possible to create a more convincing image of the world in oils than in any other medium. Jake is always drawn back to the figurative, despite exploring the summary; one of his major influences is the Flemish artist Pieter Bruegel.

His work has been shown in solo shows across the UK, including Cartwright Hall in Bradford, as well as in Holland, Germany, and the United States. Jake’s work can be seen in public art galleries in York, Bradford, Calderdale, Kirklees, and at the University of Sheffield in the North of England. His work has been acquired by the Nuffield Trust and the ‘Paintings in Hospitals’ project, as well as private collections around the world.

He collaborated with Daler Rowney on the relaunch of their System 3 Acrylic range, creating paintings for the ad campaign and demonstrating the paint’s versatility at various events and on television.

In 2012, Search Press released his debut book, ‘Vibrant Acrylics,’ which has now been translated into French, German, Italian, and Dutch.

He has been featured in The Artist, Pratique des Arts, Art of England, and is a frequent contributor to the Artists and Illustrators magazine. Hashim’s work was recently featured in a new book titled “Painting in Acrylics: The Indispensable Guide.” He is represented by several galleries in the UK and has exhibited at the prestigious Mall Galleries in London with the Royal Institute of Oil Painters, the New English Art Club, and the Royal Society of Marine Artists. Hashim has also instructed painting schools in the United Kingdom, Italy, and France in his unique methods. 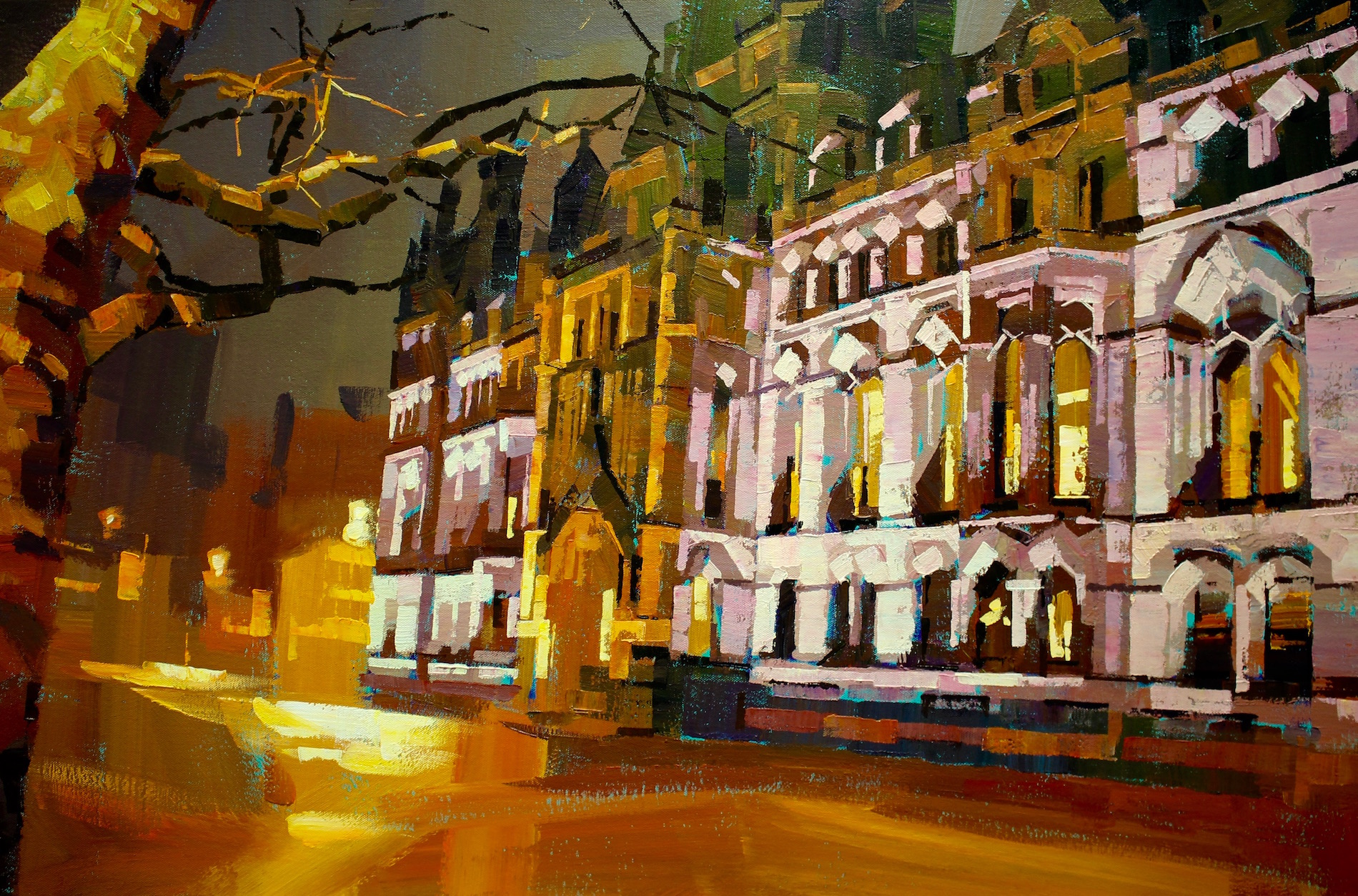 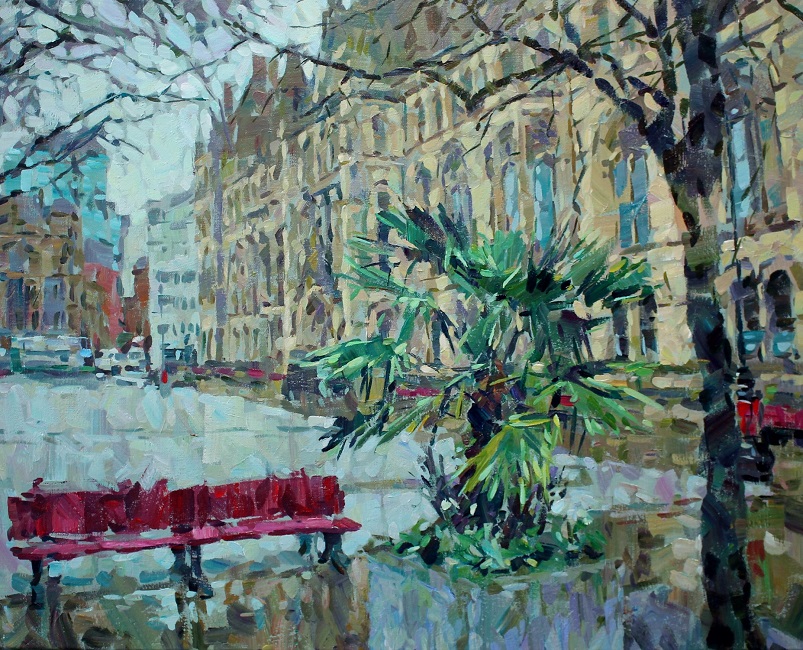 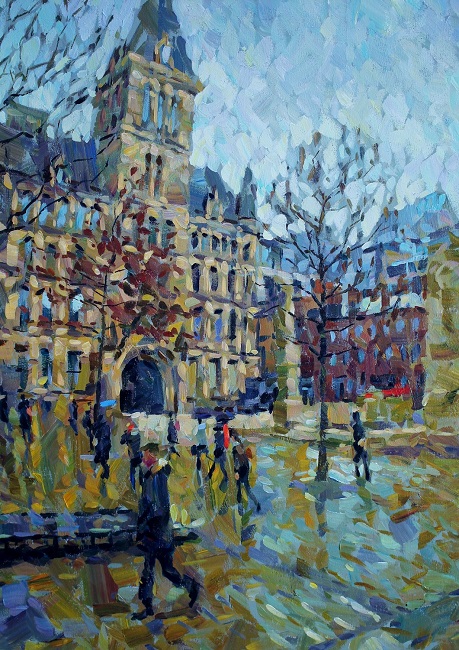 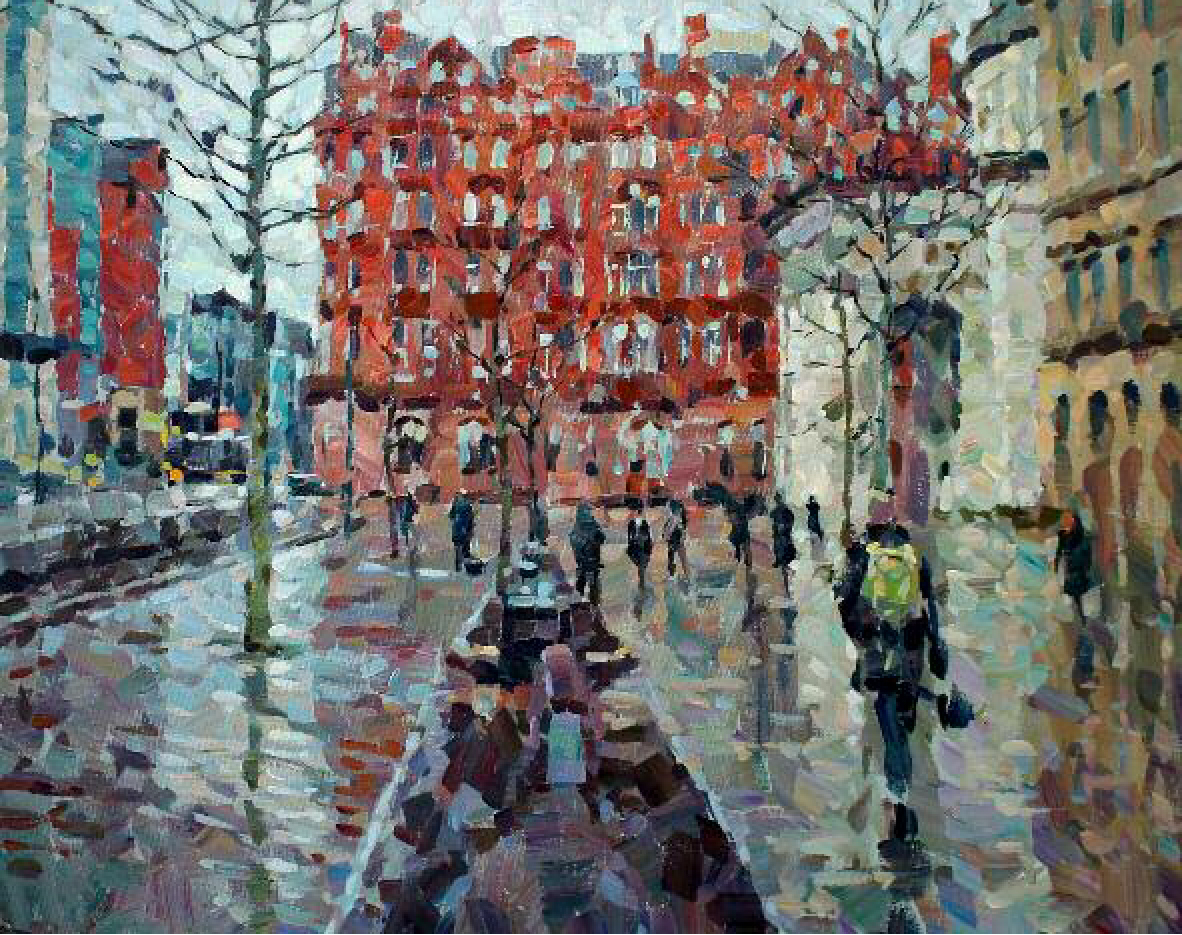 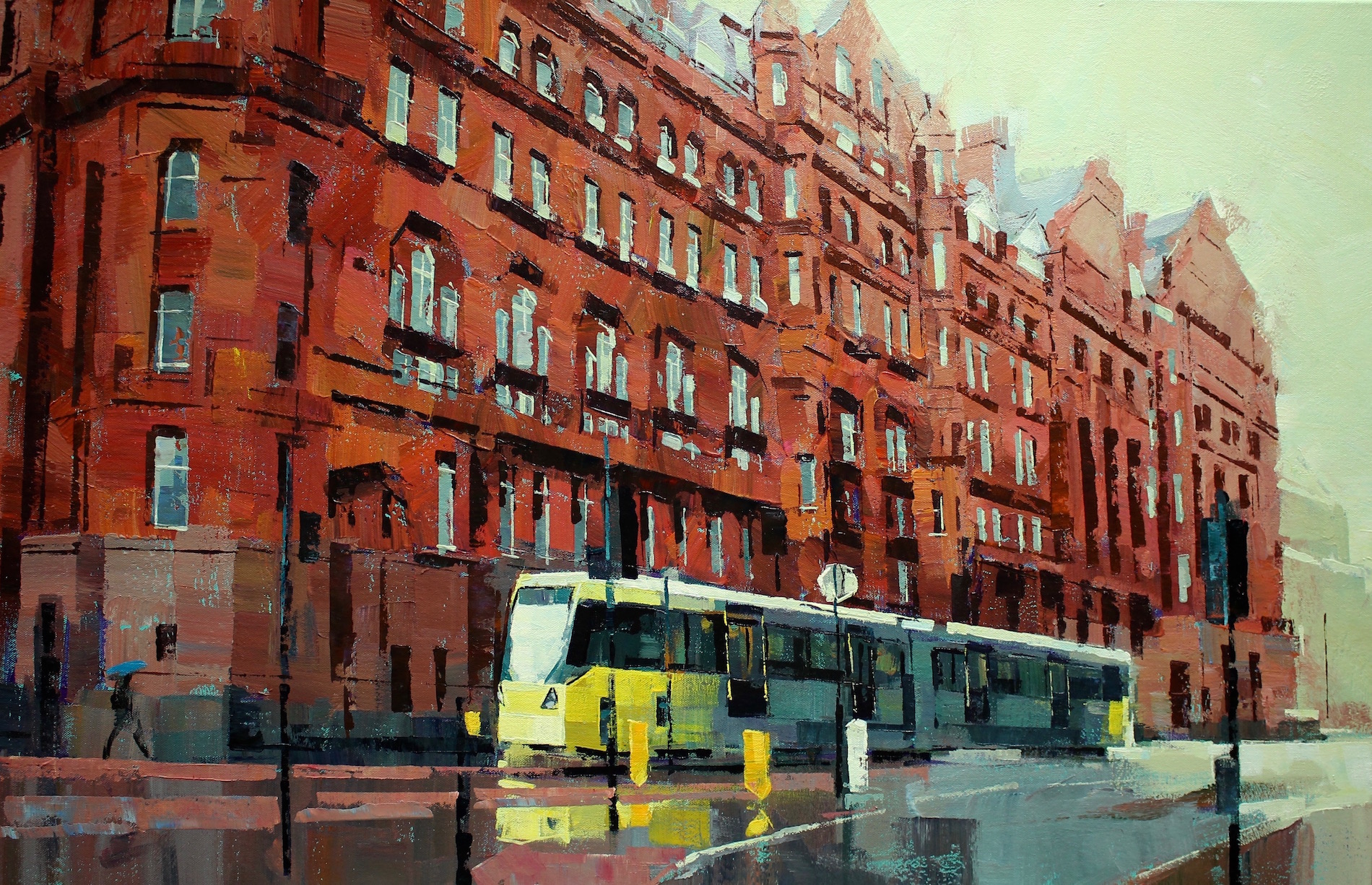 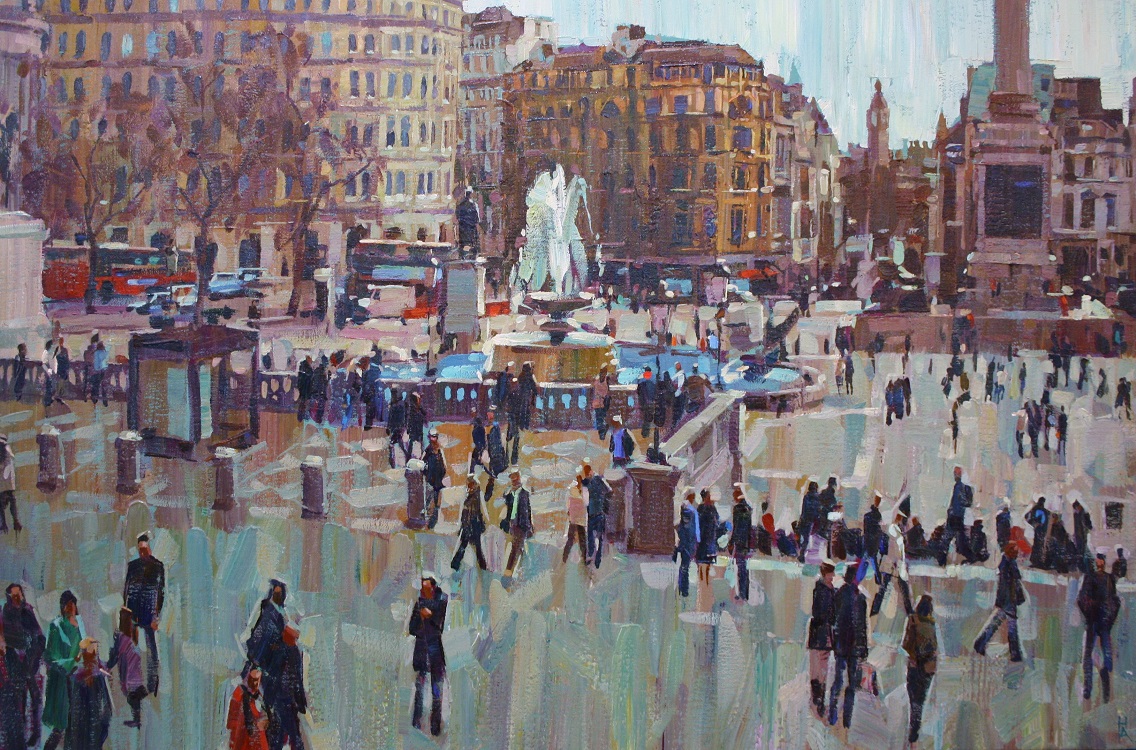 Trafalgar Square from the National Gallery 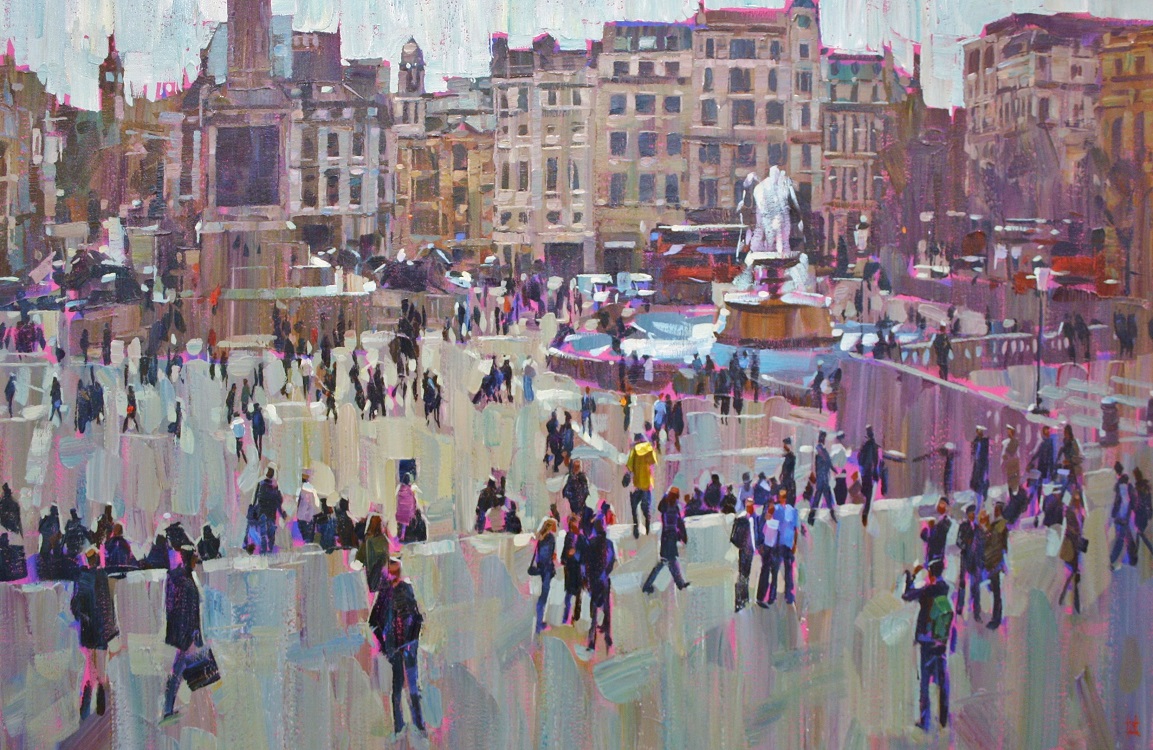