Fred Wilde was born “a long time ago” in Hyde, near Manchester, as he described it. In the shadow of the cotton mills, he grew up. It was a spartan atmosphere with minimal comforts. Wireless was a curiosity, going to the movies was a special occasion, and none of the neighbors had ever seen the water.

Fred attended Hyde Art School for a short time as a young man and subsequently produced some life drawings at Manchester Municipal Art School. For many years, though, his primary creative endeavor was creating textiles for sale to Africa.

He took early retirement from his work to dedicate his time to painting images from his youth “between the wars.” His debut book, The Clatter of Clogs in the Early Morning (1982), was a Lancashire bestseller, and J. B. Priestley and Roger McGough praised it. Lydiate, near Liverpool, was his home. 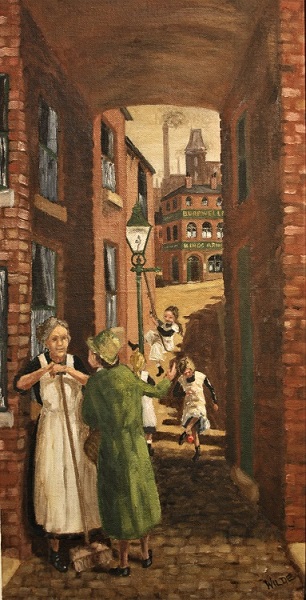 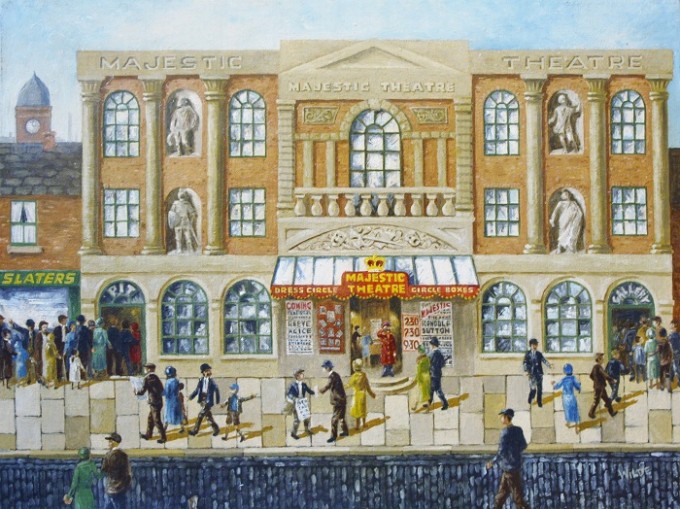 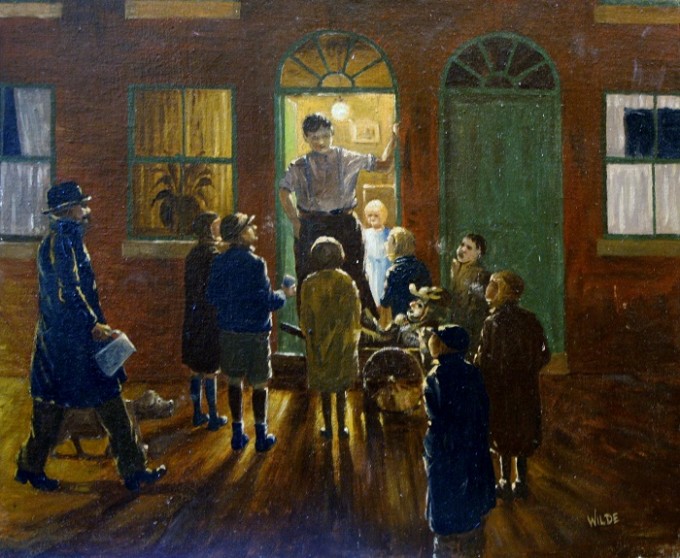 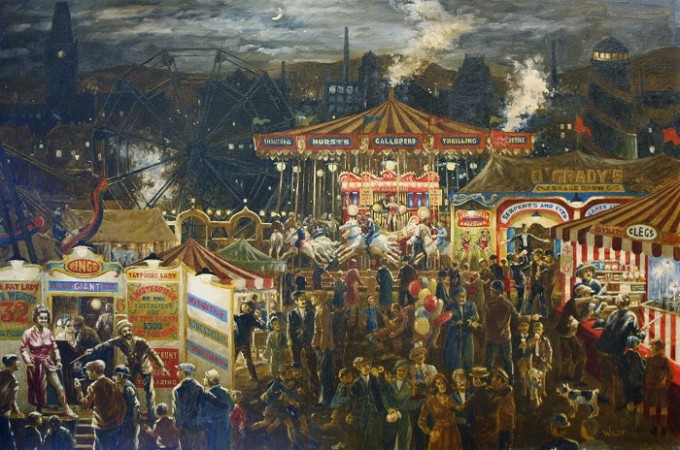 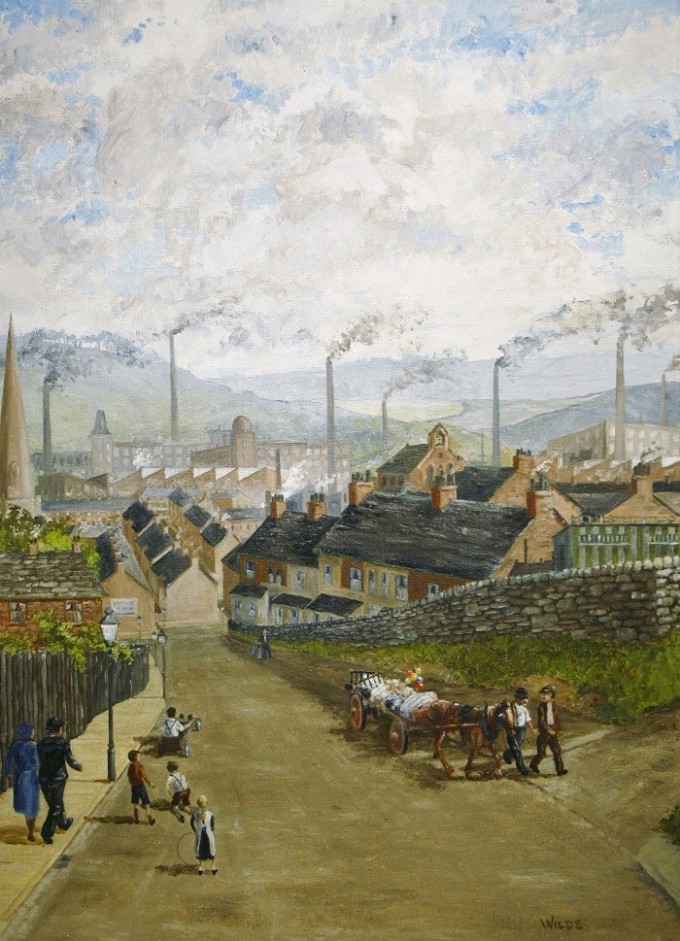