Edith Winifred Alice Sample was born on September 26, 1912, at 10 Fairfax Street in Salford, to Hugh Sample, a dock police officer, and Edith Tipping.

Edith and her sisters began painting at a young age and were all given scholarships and studentships at the Salford School of Art. Her debut show was in 1937, and she is considered a Northern School artist. Cyril Jackson was her husband, and they had two kids, Peter and Dennis. Edith ran an off-license in Altrincham’s Pownal Street (now a road) for many years after the war.

She was a member of The Lancashire Group and an Elected Member of the Manchester Academy of Fine Arts in 1952. In 1959, the International Society of Arts and Letters gave her a Fellowship, and she organized an International Children’s Art Exhibition for the United Nations in Manchester. She was a friend of L.S. Lowry, who, like her, was a member of the Salford Art Club; he encouraged her to paint, and she, like him, painted both Salford and Altrincham street scenes. She also painted the 1972 Preston Guild and a Manchester United match for Matt Busby. She showed throughout the country, sold her work at Sotheby’s, and wrote poems. She moved to Magnolia Cottage in Dunham Massey, then to 1 Big Tree Cottages in Dunham Massey, and finally to Newtown, Altrincham’s Sheltered Housing. In 1993, she passed away. 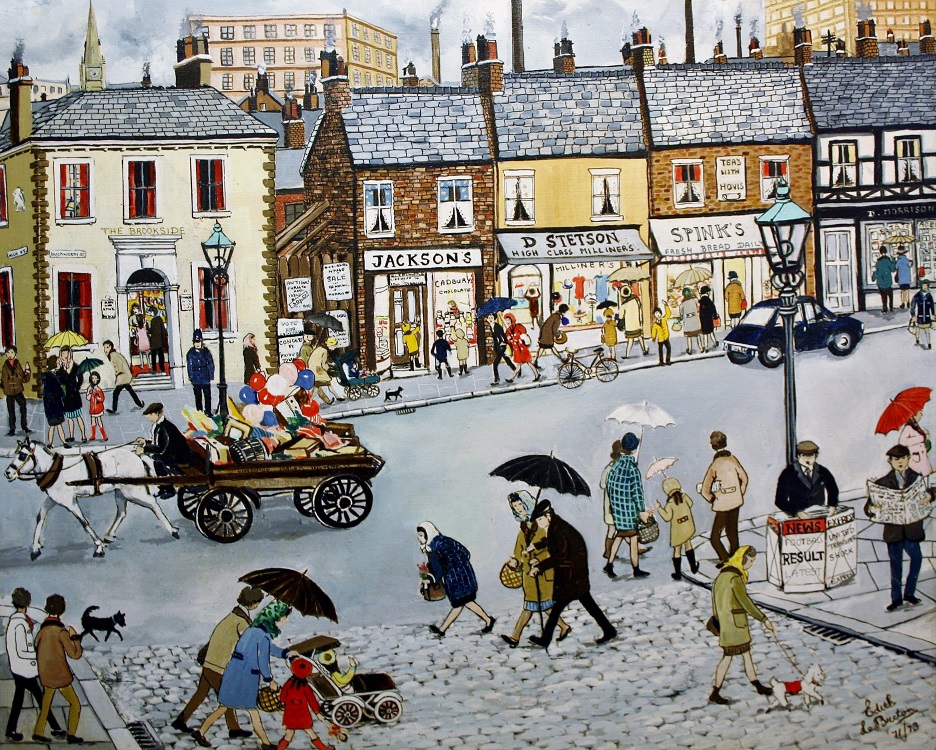 a wet afternoon in Accrington c/w with poem on reverse 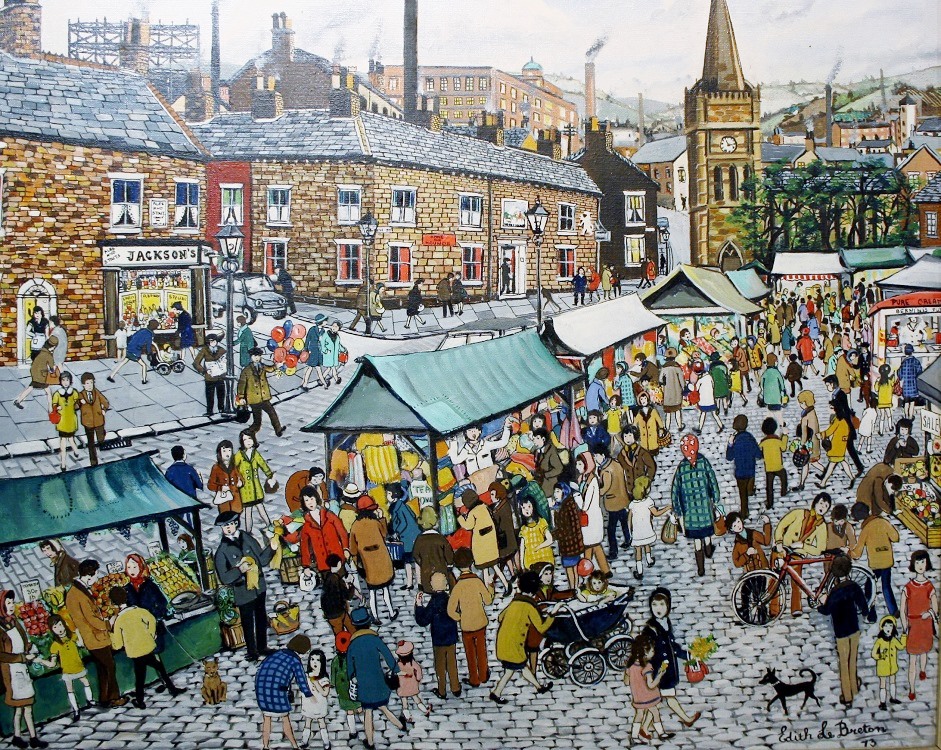 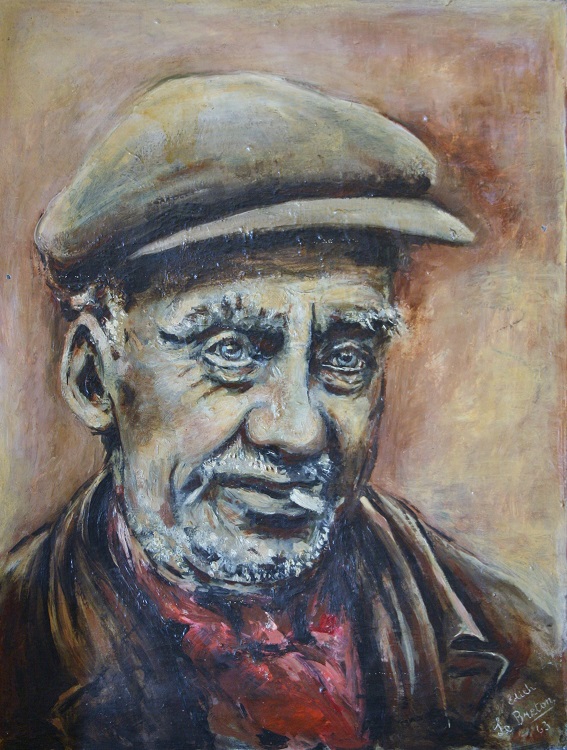 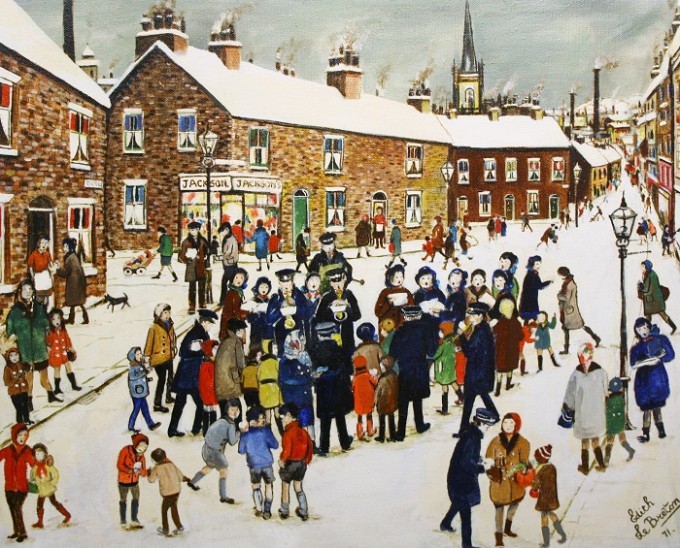