In the studio and outdoors, I sketch and paint straight from life. Working in this manner produces reactive markings, and it is, in my opinion, the greatest method to represent what it feels like to be with the subject. I often use tiny Plein air sketches to inspire much bigger studio paintings. Using a more intricate layering of paint, I attempt to replicate the intensity and mood of the smaller piece.

Benjamin chose a unique path to a profession in fine painting. He was exposed to painting at a young age as the son of artist Jane Hope, but he chose to study Mathematics and Physics instead, eventually earning a Ph.D. from Cambridge University.

Ben worked as a quant in the City after graduating from Cambridge to open a studio in Greenwich Park in South East London. Then, in 2011, he accepted a salary reduction of 100% to devote his entire attention to his work. Teacups in the Financial Times was chosen for the Royal Academy Summer Exhibition in 2013, and he has since had work selected for the Royal Institute of Oil Painters, the Pastel Society, the Royal Society of British Artists, the Royal Society of Portrait Painters, and the New English Art Club’s annual open shows. He received a Runner-Up medal at the Lynn Painter-Stainers Exhibition in 2014, as well as First Prize at the Pintar Rapido Plein air painting event.

Observations, his first solo show, was shown at the JP Art Gallery in 2015, and Works, a collaboration with sculptor Ben Hooper, was held at Gallery Different in 2017. 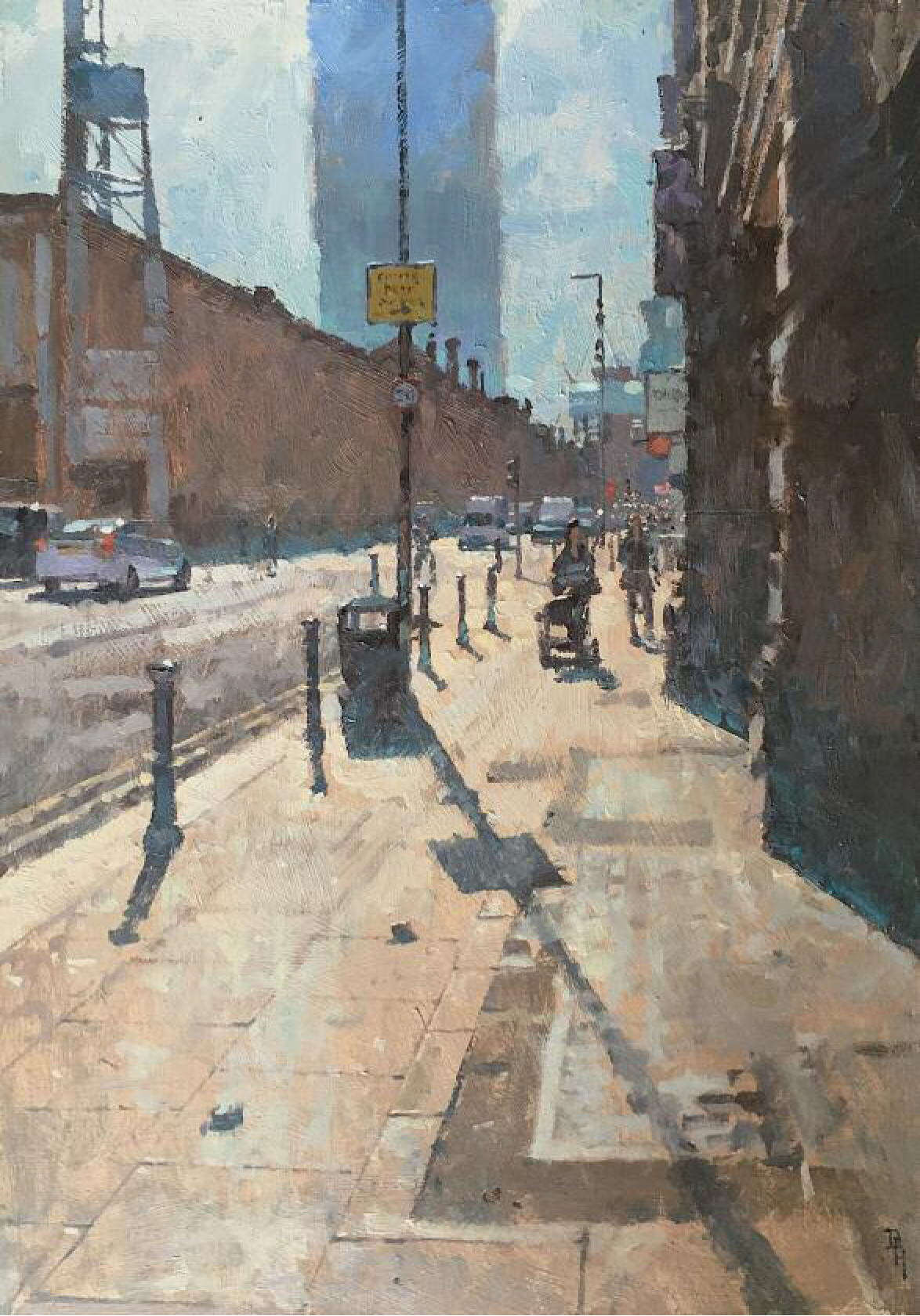 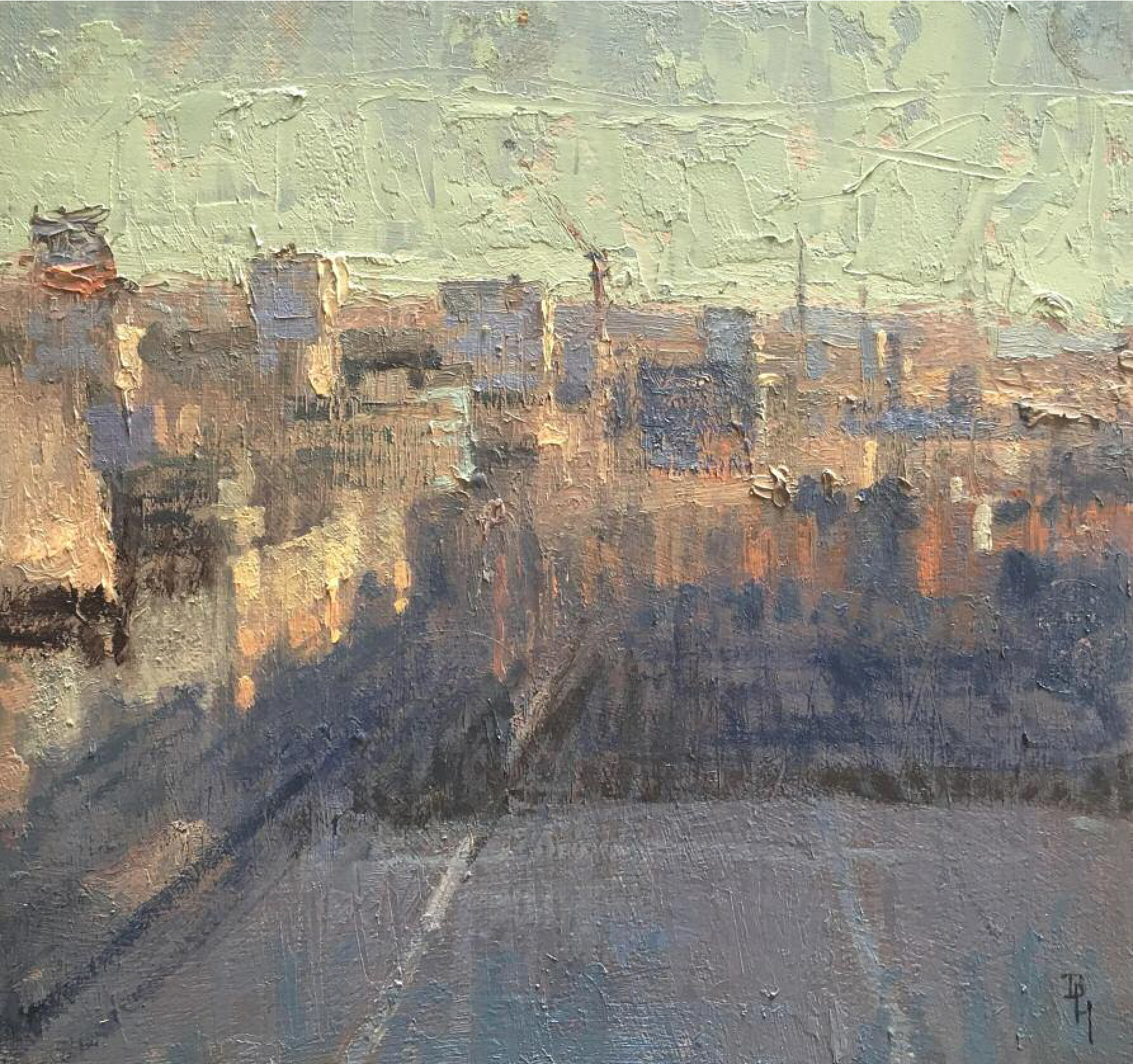 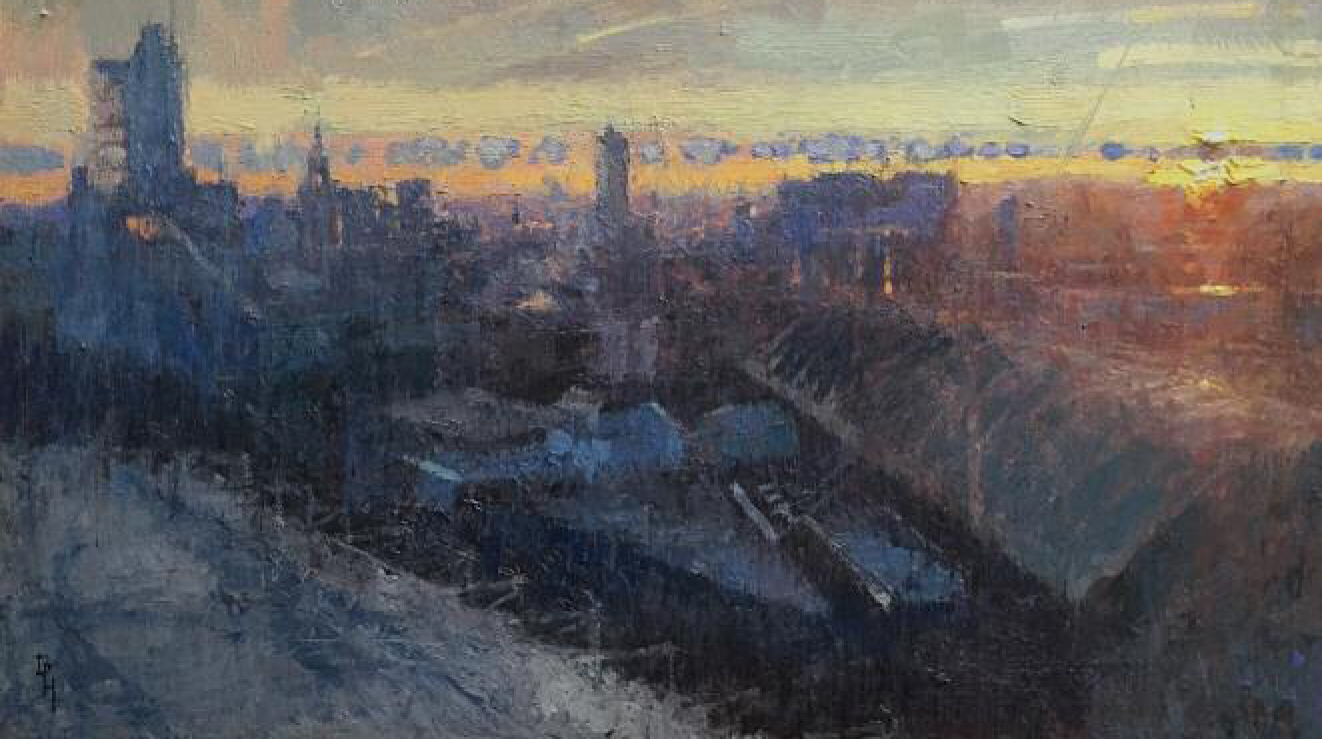 Towards The Townhall, Night