Lawrie Quigley is a figuratively – based painter from Birkenhead, having  studied on Merseyside, the Midlands and subsequently completing his M.A. in Fine Art at the Royal Academy Schools in London.

His work is inspired from the world around him – mainly dealing with the landscape or cityscape, with a particular sensitivity to the light and atmosphere evoked by familiar views….whether it be a childhood memory of a street passed by each day, or the changing mood of a sky driven past at twilight.

He enjoys the sensuality of oil paint – its depth and expressive qualities both in terms of its emotive potency as well as the marks created, nearly always working directly from the motif so that the process itself ( at once, spontaneous and intuitive) becomes the subject of the work. In this respect, he aligns himself to the long tradition of British landscape painting – stimulated by Artists’ such as Constable, Turner and Bomberg.  As well as seeking to capture ‘ the spirit of place ‘, his work is also as much about compositional rigour and structure and visits and re-visits particular places to draw before commencing a painting.

Lawrie has exhibited widely throughout the country as well as abroad, mainly with leading London Galleries – and has work in many private and public collections.  He has also had several Artist residencies, including the Birmingham Royal Ballet, and has won many awards and prizes throughout his career. 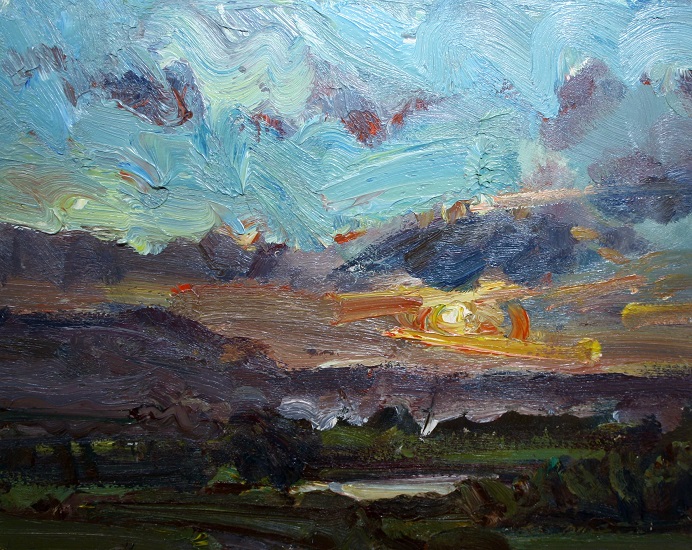 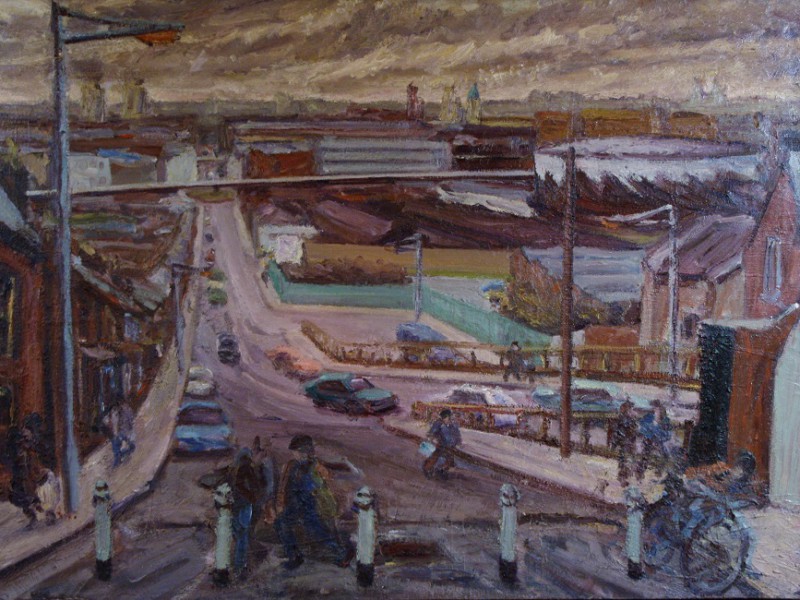