Rob earned a Graphic Design and Illustration degree from Bradford University. Bradford, with its rich textile history, had a big impact on Rob’s work.

The dramatic architecture and gloomy landscapes found in and around the North West now serve as his source of inspiration. Typeface and stitching are heavily inspired by graphic design and textile design, and they often sit alongside more conventional mediums to create distinctive abstract works. His evocative renderings of Peak District landscapes, which include paint, print, texture, and lines of stitching, are matched with dramatic paintings of the urban environment. Manchester’s colorful cityscapes effectively portray the excitement and drama of living and working in a big city. The contrast of Victorian structures with contemporary construction creates a feeling of immediacy while also evoking connections to the past.

Rob is quickly establishing himself as one of the region’s most intriguing modern painters. Taking commissions from Manchester United FC and Old Trafford Cricket Ground. In 2014, he had a sculptural installation in London as part of the ‘Year of the Bus’ festivities, and he received first and second place in the Buxton Spa Prize Art Competition. 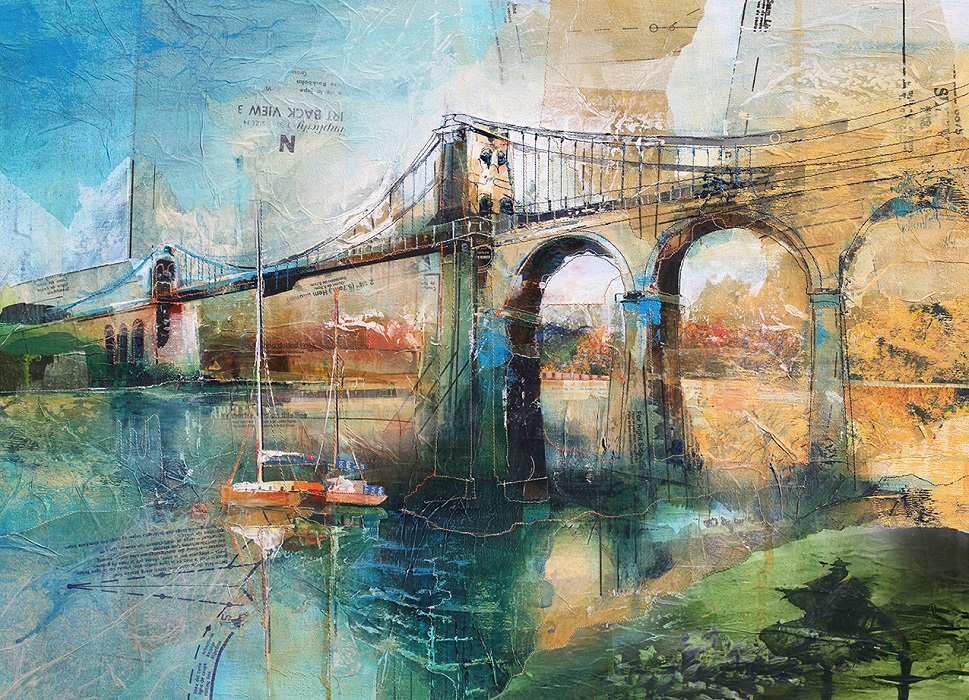 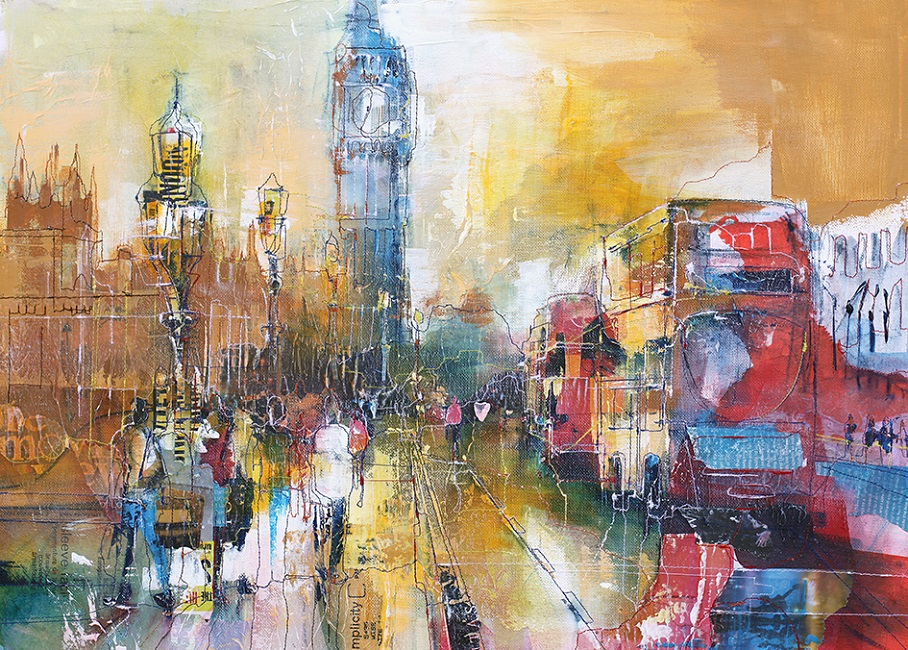