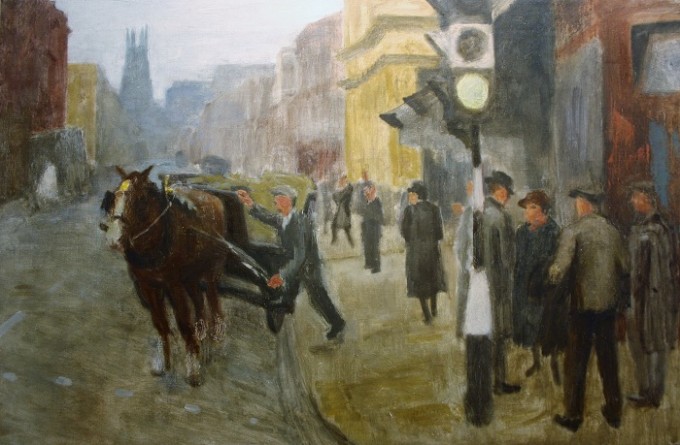 Norman Laycock born 1920, painter in oil and teacher, born in Dewsbury, Yorkshire. He studied at the local Technical College, then the School of Art and Crafts, 1934-9, and Royal College of Art, 1946-9.Went on to teach at Harrow School of Art and Isleworth Polytechnic.

Laycock joined ROI in 1979, gained the Cornelissen Prize in 1985 and showed four pictures at the annual ROI show in October 1985. Also exhibited at RA, SEA, RBA and widely in the provinces. Had a solo show at Walker’s Galleries in 1960.