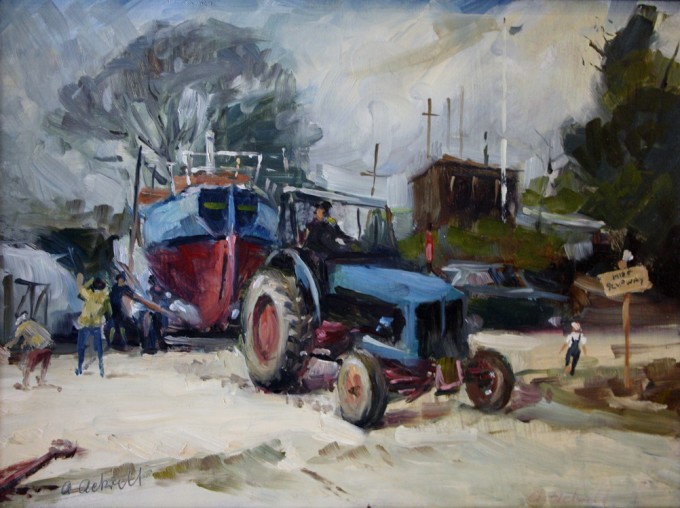 Alf Ackrill was born in Sheffield, Yorkshire in 1907, as one of a family of eleven. When he was three years old his family moved to Oldham, Lancashire where he was to spend the majority of his life. The exceptions were a short period pre-war when he laboured on the railways in Surrey, and the war years when he served with the Royal Signals Corps in North Africa & Italy.

He couldn’t recall when his love of art started, never knowing a time when he didn’t sketch or paint. At the age of 14 his obvious talents won him a scholarship to the Oldham College of Art

Alf dreamt of becoming a professional artist, but this was not to be as family poverty forced him to take jobs, mainly in the building & construction industry, to help support the home. Never one to feel life had dealt him a cruel blow, from then on, he spent his spare time painting with total dedication

Alf refused to paint “chocolate box” subjects, which he knew would be popular, selling his paintings was never of interest to him. Instead he chose to be true to what moved him at the time. There has been just one retrospective exhibition of his work, held at the Manchester City Art Gallery in 2003.