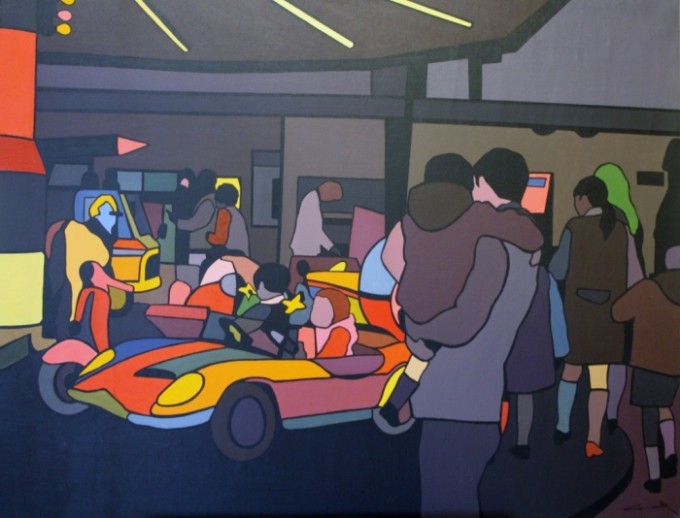 Born in 1945 in Liverpool, Granville was always aware of a creative ability and from the age of five, was determined to become an artist. He studied art history, painting, textile design and photography at Northwich College of Art – 1960 to 1965. On leaving college, he embarked upon a career in textiles, whilst at the same time painting and developing a vision and style of his own.

His first exhibition was in 1967 at the Playhouse Theatre in Liverpool, where he met people such as John Thaw, who was appearing in ‘Around the World in Eighty Days’, this exhibition turned out to be a great success, Granville then proceeded to mount a second show in Rusholme, Manchester.

During this early period, much of the time was spent developing what he hoped would be enough of an individual style to establish himself in the art world. Over the years, he changed direction several times, each one moving forward and progressing to the work we see today. With between eighty and ninety exhibitions over the forty years, he has been a prolific painter, particularly during the Spanish years, where trips to Spain were on a regular basis.

Granville has work in many public and private collections; his work can be seen around the world, including Australia and Cyprus.

He continues to this day, to be almost as prolific as the early years, returning to earlier subjects, which is best described as people in situations, interacting with each other; he feels there is so much to depict and stamp his own style upon.