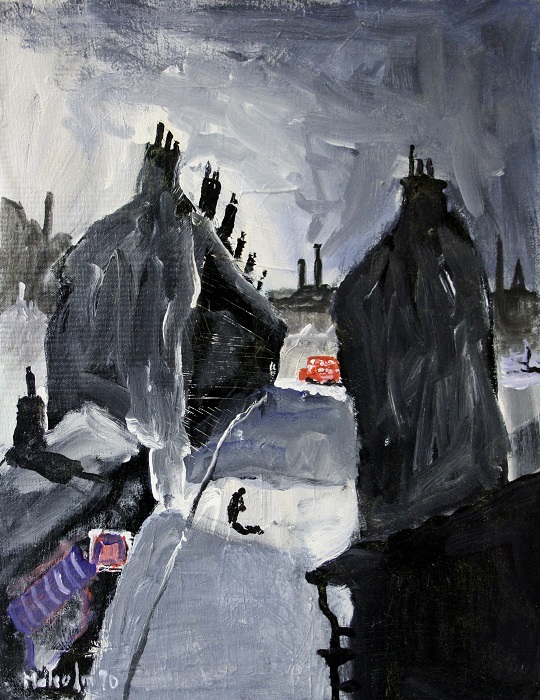 Malcolm Scott was born in April 1935 in Sudbury,Suffolk. With the death of his mother at the age of 12 Malcolm moved North to live with his farther in Keighley – it was major turning point in his life. By his own admission he was not well educated, “having been in the lowest class in the lowest school”. At 17 he joined the crew of a British tramp steamer M.V.King City and for the next few years sailed all over the world.

Malcolm is self taught and has pretty much painted all his life, on subjects such as death, the miners strike, industrial landscapes & religion

He has exhibited at The Royal Society of Marine Artists & The Royal Academy. As well as exhibitions in France, United States and Canada

To see a full and very frank interview of Malcolm Scott (filmed at Leeds City Art Gallery) in which he talks about his paintings and a views of life go to – http://youtu.be/24K-R7paMRo