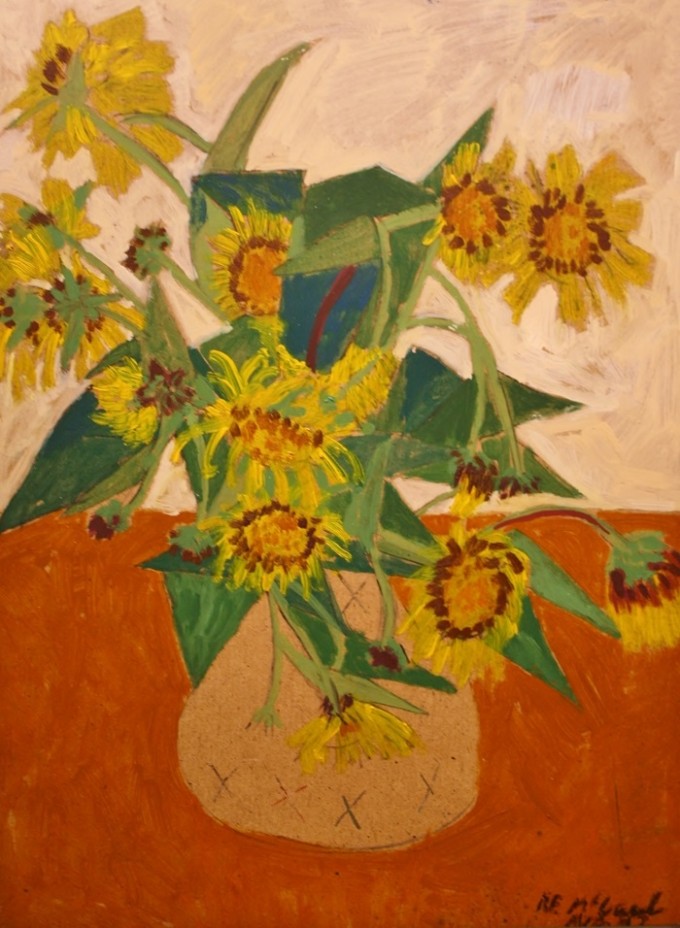 Ralph was born in Macclesfield in 1983 and attended Kings School, Macclesfield. He completed an art foundation at City College Brighton and Hove. A series of successful exhibitions has given him the confidence to finally commit to artwork full time. He works
in a range of media but predominantly creates acrylic paintings on board, woodcuts and etchings.

Typically naïve and primitive, Ralph’s paintings are characterised by a raw energy and expressive style. Painting on board enables him to scratch and scrape into the surface, building up textures and exposing the multiple layers of paint. Often he paint’s on salvaged boards and allows the existing colours or textures to show through.

In addition to his paintings, he also creates woodcuts and etchings. Relief printing especially appeals to him as the technique limits the colour palette, creating strong opposing blocks of colour that form powerful simplified images.

A wide and varied range of art influences Ralph’s works. Most recently he’s been inspired
by modern British artists such as Robert Colquhoun and Henry Moore. However, he his also drawn to the simplicity of medieval art, movements such as Art Brut and die Brücke and the expressive and decorative style of African art. 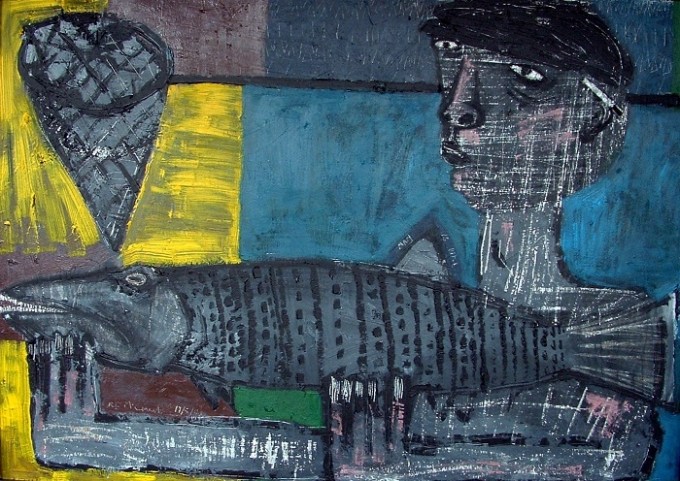