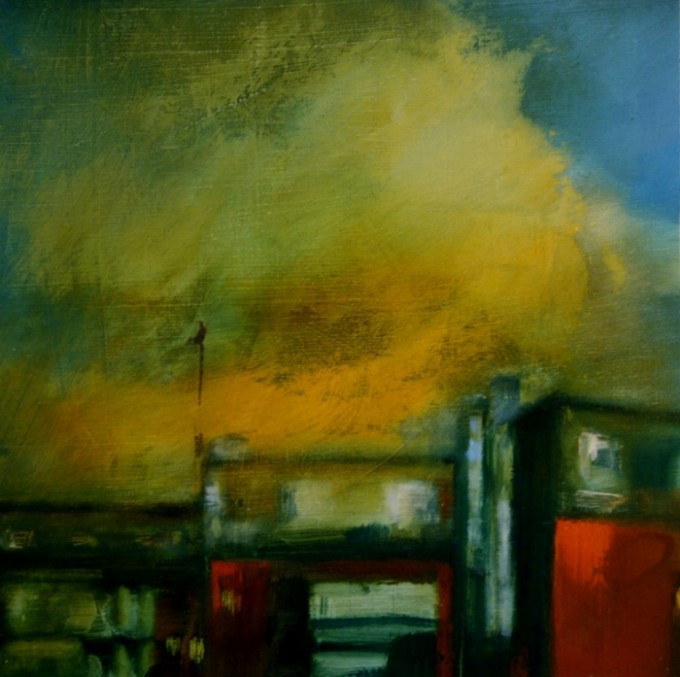 He has had several successful solo exhibitions as well as exhibiting in mixed exhibitions in the North West. He specialises in night scenes and cityscapes and conveying atmosphere. “I use a camera as a sketchbook.

The photographs I take are used not as rigid reference points, but as reminders of a scene. If I am to create a successful painting, it is because some of the original atmosphere and an emotional response is conveyed to the viewer.

This, in itself, is a mysterious process. Instinct comes into play. Risks have to be taken, colours and proportions changed until a point is reached where the picture seems to gain a life of its own. The reference photograph has then become almost irrelevant. ”