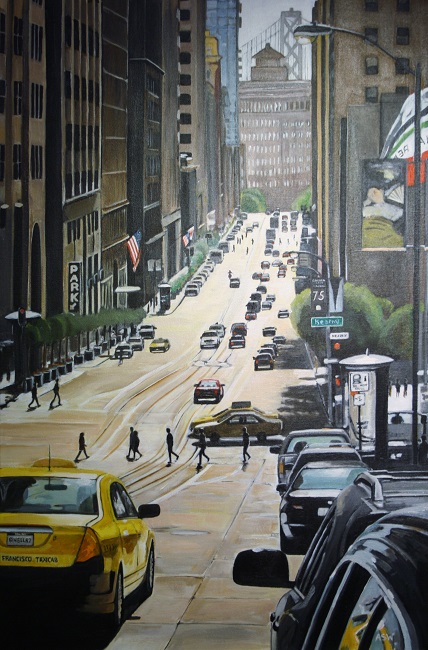 Angela Wakefield is a leading contemporary urban landscape painter from the UK. In a recent front cover feature in Art of England, Art Critic Ian Welland concludes his assessment of her work by saying, “Angela Wakefield is the most instinctive artist of our age”
At 36, Angela is a very collectible artist with a growing profile, producing enduring representations of contemporary urban landscapes. As such, Angela’s original paintings of New York, London and the North of England are being acquired by art collectors from across the UK, Europe & USA.
Angela has twice been on the front cover of ‘Art of England’, and featured in ART news – the most widely read art magazine in the world. Angela has attracted international attention with her urban landscape paintings of New York, London & the North of England. Her style of painting has been described as ‘contemporary realism’, and she is often favourably compared with Edward Hopper by collectors and art critics. Her work is held in private collections in the UK, France, Germany and the USA.
Share
1