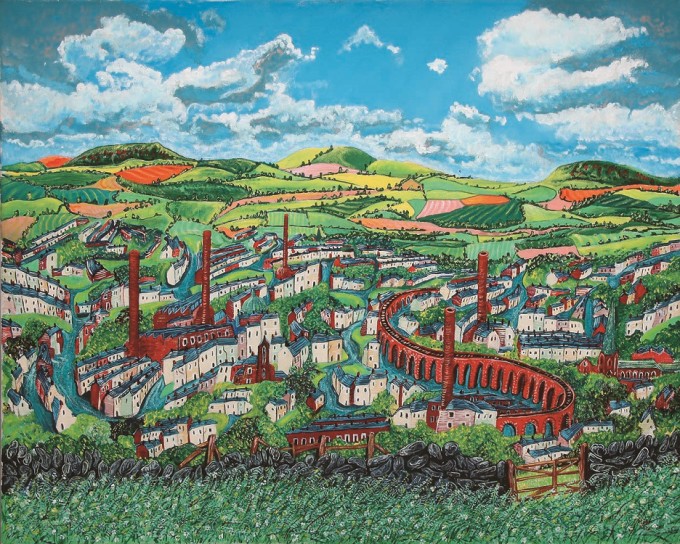 Lancashire born and bred ,Mark is proud of his Northern Heritage and his Urban Landscape works fly in the face of the concept that “ Its grim up north “. Educated at Lancaster Royal Grammar School he studied painting at Liverpool Art School following by a post graduate in Art Teaching at Carnegie College.

He has combined a career in Teaching and Professional Rugby with his Art and Music and regards all those pursuits as part of a creative process. He has exhibited widely through solo shows and as a contributor to group exhibitions including The Portico and Blythe Galleries in Manchester, “Currently Trending ” at Lytham Hall,The Delamore ,Devon and The Storey Gallery ,Lancaster.

He is a published songwriter for The Hollies , contributing two tracks and designed the album cover for the “ Then,Now ,Always “ album. During two spells at Sale Sharks he was part of the coaching team that won the European Challenge Cup and the Guinness Premiership, he is also Head Coach for Lancashire with seven Championship Finals at Twickenham. 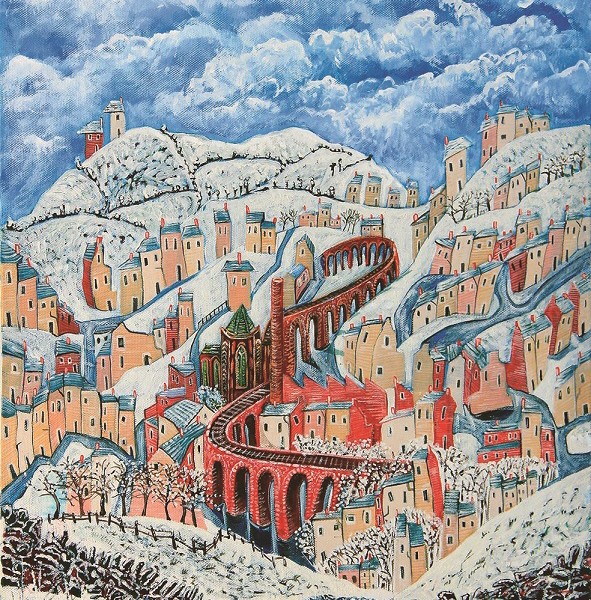