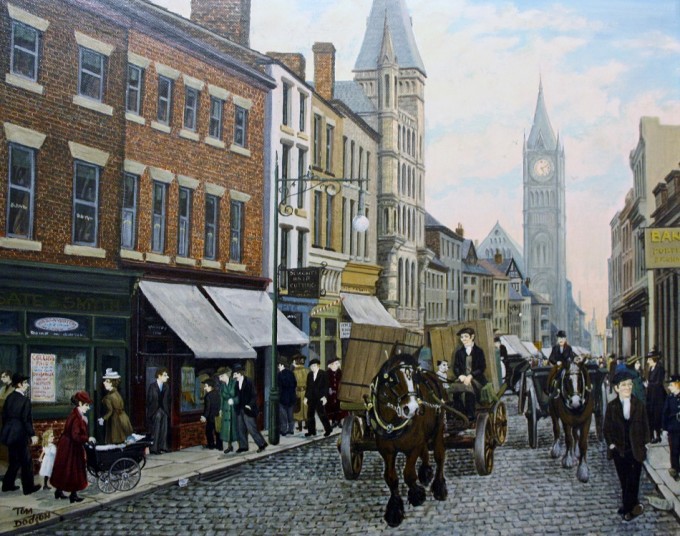 Self-taught painter, born in and lived in the Salford area of Lancashire, the eldest of a poor family of five children. Although keen on art as a child – top of the class for drawing, he chalked the local pavements with his depictions of local characters – he had to leave council school at 14 and join the grocery trade, during his life doing a number of jobs in industry to support his family. Shortly before retiring as a caretaker

Dobson took up art again, painting scenes of his youth with sincerity and warmth, having a first solo show at Bell Galleries, Sale, in 1974. This sold out, and soon over 30,000 prints from 36 of his original paintings were sold (usually the signed, limited editions were 850).

Tom and his wife Lily toured Lancashire in their Reliant Robin three-wheeler to find new subjects. In 1998, Salford Quays Heritage Centre put on a commemorative exhibition.