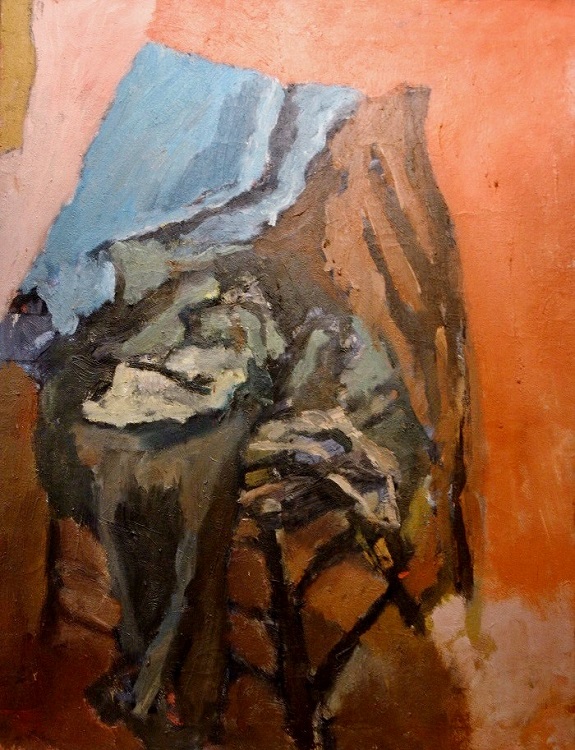 Dick Young was born in 1921 in Liverpool, although he spent some childhood years in London. His work was substantially home- and interior-oriented, early pictures being in the Kitchen Sink School manner; the paintings of Sickert and Bomberg were influences. Before World War II, in which he served in the Navy as a radio operator, Young did a number of jobs, on demobilisation returning to Liverpool and eventually becoming a self-employed electrician. He studied part-time at Liverpool Art College, his teachers including Arthur Ballard and George Mayer-Marton. In 1979-82 studied further at Liverpool Polytechnic. Dick took part in many group and solo shows in Liverpool and northwest of England, including regularly at Liverpool Academy. Walker Art Gallery, Liverpool, bought his work. His picture Drawings on the Wall, based on 25 self-portrait drawings from 1948 to 1988, was included in John Moores Exhibition, Liverpool, in 1991-2. Other appearances included Riverside Gallery, 1981; Hayward Annual, 1982, British Drawing; and RA Summer Exhibition, 1986.