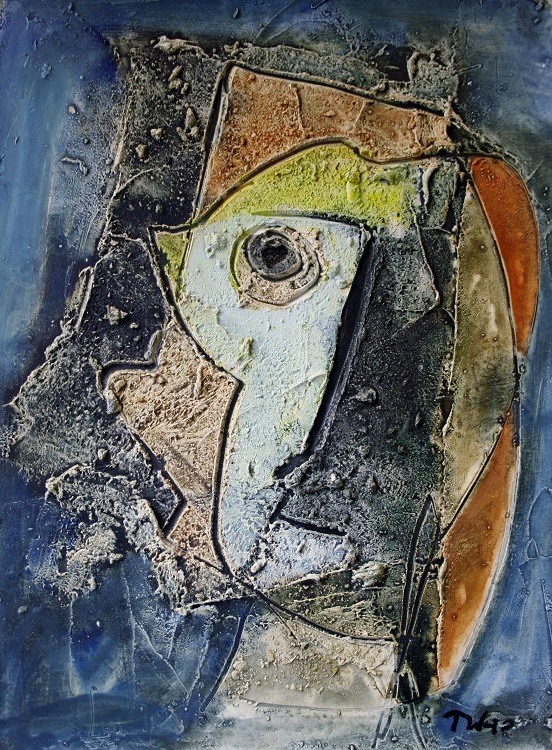 Tadeusz was born in Zerkow in southeast Poland. His father was a teacher in the village school and his large family worked the land.

At the age of twenty-two he went to Krakow to study at the Polish Institute of Fine Art. He majored in stained glass and mural painting and graduated in 1939. He should have been looking forward to a career in the arts.

But with World War Two looming he joined The Polish Army. In September the Germans invaded. The Polish Army was forced out of its own country and into Hungary and Tadeusz went with it. He didn’t know it, but he was never to return home.

Tadeusz was in Rome when the war ended. Now he finally had the freedom to paint and one of his pictures won him The Silver Medal at The1946 International Festival of Art. He was free, but his homeland wasn’t. Europe was divided into East and West and like many soldiers in his situation he decided to become an exile rather than return to Poland to live under Communism.

And so Tadeusz came to Britain, eventually finding his way to a displaced persons camp at Doddington in south Cheshire. This was an old army site – so again a barrack became his home. With its own shop, church, cinema and school the camp was a little Poland.

The Resettlement Officer heard that Tadeusz was an artist, so found him a job using paint – and Tadeusz became the camp painter and decorator. He married another refugee, Aniela. For many years he also passed on his love of painting to others. Overcoming his broken English with a passion that transcended the spoken word, he also taught painting at night class.

In later years he immersed himself in painting, developing his highly original figurative abstract expressionist style. His pictures are highly textured, almost sculpted in a thick emulsion. They are then finished in oil giving the look of baked enamel. Tadeusz often used vivid colour and picked out his figures in black outline, an effect not unlike stained glass.

He had come full circle, mimicking the art form that he had studied in Krakow.
He worked intuitively, often painting and repainting a single piece, sometimes as it was already hung in exhibition. His philosophy was simple. “Never force what you are doing, but stay hungry and love painting

Tadeusz’s paintings are unique, with a transparency that lets us see the layers of patterns that he built up resulting in work that is rich, vibrant, textured and exciting. It is this mastery of technique coupledwith his passion that makes Tadeusz’s work animated, fascinating and alive. 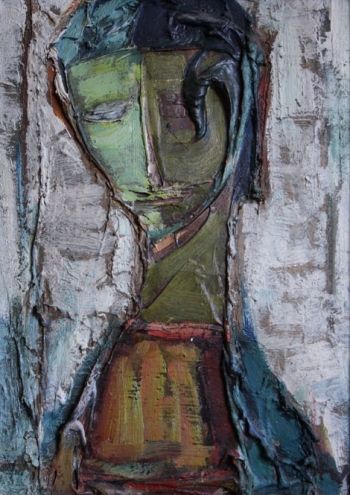 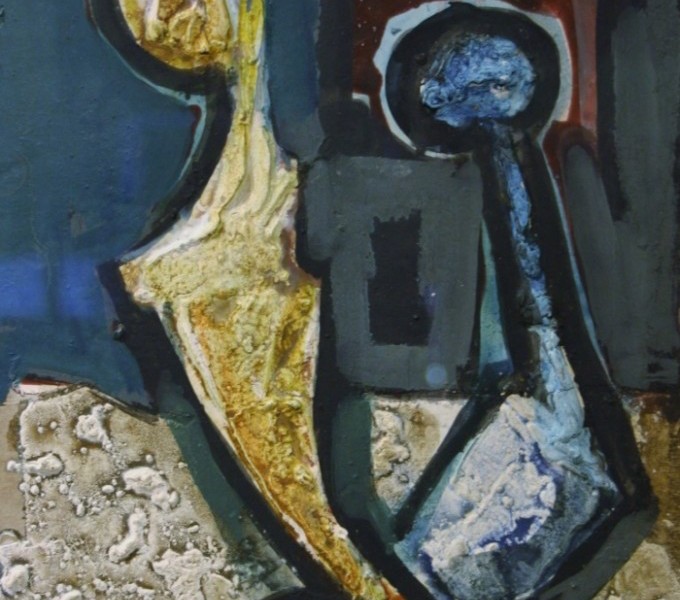 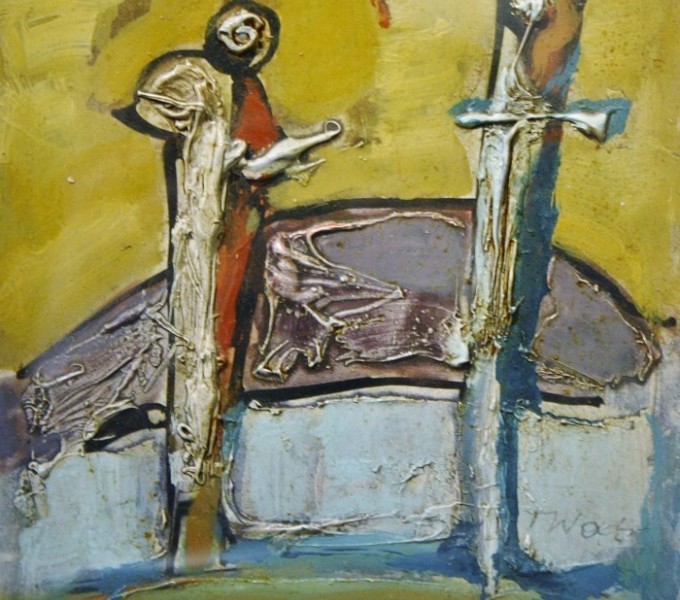